I first had one of his early Nashville produced LP’s after I heard GOMM by Glen Campbell. Later on with the Aereoplane album and so forth. What a uniquely talented and charismatic musician he was. He’ll go down in history forever as far as American music is concerned, imho. Here’s a sample as he's sitting among the bluegrass legends not long before he passed,, love this.
youtu.be/1o0w5CBzWeM

Thank you, Eddie. Iâm Chas to Simon and others who think my handle should be in cognitoâ¦.

John Hartford was the greatest banjo player to ever live. Full stop. This is not debatable.

John Hartford was more than a banjo player. He was an inspiration.

(I was introduced to him at the Mariposa Folk Festival on the Toronto Islands in '71 - and to Norman Blake, Tut Taylor, and Vasser Clements at the same time. Say, boys and girls, can you say "gobsmacked"?)

John Hartford was the greatest banjo player to ever live. Full stop. This is not debatable.

John once talked about visiting the Scruggs household and Earl apologising because his banjo was in the shop and the only one he in the house had a torn head.  John thought, "Oh Boy.  For once I'll sound as good as Earl."
After hearing Earl play, he said he was wrong.  Earl was super even on the ripped head banjo.

There's dozens of books on how to play like Earl Scruggs. A million players that have gotten probably 90% of the way there, of course none of them are as good as Scruggs but a reasonable facsimile of his is possible for anyone that's willing to put in a bit of work. To all but the most discerning banjo aficionados, most top-level bluegrass banjo pickers have been indistinguishable from Scruggs.

There's not a single book on how to play like Hartford. Not even one person has been able to duplicate what he did. When you hear him playing, you know it immediately, and even the average person can hear that it's something unique. You would never confuse a Hartford recording for any other banjo player, you know it's him.

Obviously they're both amazing. Obviously it's a matter of taste. Obviously it's hard to compare two different styles. But to me, Earl Scruggs is more like the Chevy Corvette and John Hartford is more like an AMC Eagle. Sure, the Chevy Corvette is faster and more powerful, it will win in a race no problem, and has all the name recognition and accolades. But the Eagle is singular, independent, and inimitable, and it will take you places a Corvette can't begin to fathom.

I agree that John has a unique style and I have more Hartford LPs than Scruggs LPs.
There is a Homespun tapes book and DVD set on John's banjer style.

Hartford was unique and so Original, his playing, singing, and the words he used are simply poetry....

I think Hartford is much more than one of the best bluegrass player: he is in my opinion one of the greatest artist and songwriter of his times....

Some times ago I tried to play one of his fiddle pieces on tenor banjo... hope you enjoy my little hommage

Paolo said it well. (No doubt one of the great songwriters of his time. And a great banjo player to boot.)

I've posted this before but I like this clip...a man, a banjoânear the river:

I've yet to hear a John Hartford record that I don't like, but I think my favourites are the first two I bought over 4 decades ago. 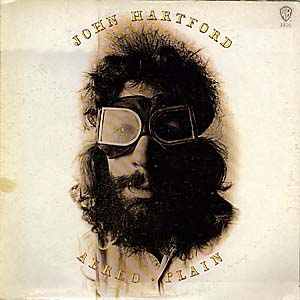 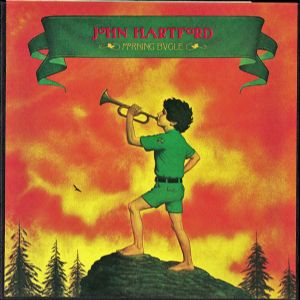 In addition to Mr. Hartford's excellent Homespun banjo video(s) mentioned above, there is also a fiddling video featuring John. Another very conversational, interesting presentation. For example, he talks about different fiddlers and bow strokes. I certainly have enjoyed all three of these videos since I first decided to get any of them (a couple years back). It looks like you can get the fiddle video new here:

I had the pleasure of meeting him and talking with him outside his gig at the Rocking Horse Saloon over in Scottsdale.

He was a pilot, he had certs. This guy was no joke.

"And a bunch of old hippies for a crew."

...and a great entertainer. He is the cause for me to begin playing.

'Why are some of the world's best banjos built in Czechia?' 4 hrs