Bill. who chimes in every morning on Paul's Good Day thread got me thinking of cool old buildings In my hometown.

He's showing nice architecture in his hometown that is in a coloring book full of line drawings with his photos.

I bought a poster once called Doorways of Kingston. A list of the addresses was printed on another piece of paper .

I used to walk around in the neighbourhoods & find them. You gotta know some of those doors were the entrances to some pretty nice houses!

It started out as a stagecoach stop..n..inn....

Yes it does! It does look like years of use on your fireplace. ever dig up any old stuff around there?

I lived there so I recognized that Chuck!

I lived within wobbling distance of this Firehall/Pub!

It started out as a stagecoach stop..n..inn....

Fig, many of the pubs over here started off life as a ''coaching inn'.

I'm with Bob, I bet there's some stories been told around your fireplace!

Bunch of dead rats....
It was pretty run down what we got the place...

We actually...Found the chimney fireplace..N beehive ovin...
Did not know it was there....as it was all covered up...

Let's start with Barriefield in Kingston East - formerly Pittsburgh Township. There are plenty of very old houses (just a few of them pictured here), and St. Mark's Anglican church. The house in the last pic was lying neglected until someone came along and restored it. Our neighbour, Bill, had his funeral at St. Mark's. The Anglicans seem to have had the knack of making their churches look way bigger than they actually are. 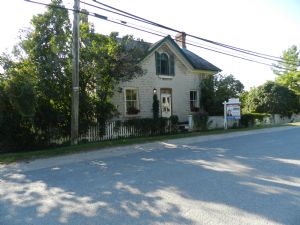 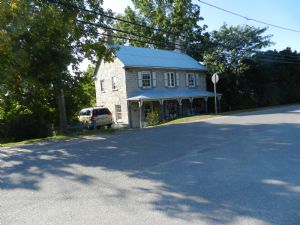 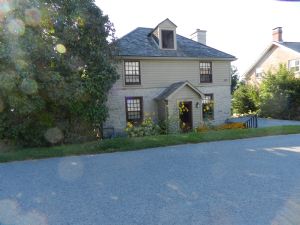 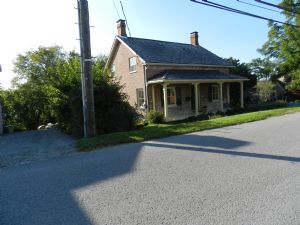 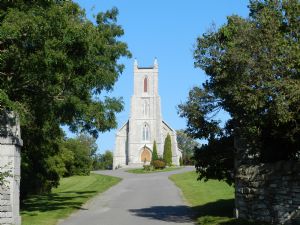 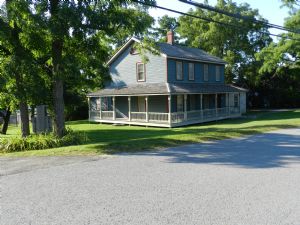 The house had 4 fireplaces a smoker n a bee hive ovin...
All connected to one big massive chimney..

The main fireplace was bricked up ...covered up..N a wood stove pipe...
Run through the brick work...

This ones a couple of hundred yards from me. Said to be the oldest domestic building in London (i.e not a church or palace or castle). Early 15th C. Very imaginatively called 'The Ancient House' 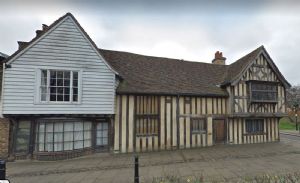 For most of our time on the remote reserves, we spent our summers in N.S. ... the old (?) house on the property was built in 1869.  One day my wife's T.A. mentioned that her in-laws on the reserve needed a new house .... theirs was "really old."  My wife asked for clarification. Turns out really old was 13 years!

We got plenty of old buildings in the hillsides of southeastern Pennsylvania. TONS OF WOOD BARNS cover the landscape. Because quakers were prominent in this part of PA until only about 80 or so years ago, any of the buildings from before then still have their old-time simple charm.

In fact, the oldest building near where I live is a quaker meetinghouse, constructed in 1710 from old-growth logs. It is known as Old Kennett Meetinghouse. It is perched next to U.S Route 1 in Chadd's Ford PA.

In the towns of Kennett, Downingtown, Chadds Ford, Strasburg (out west), and a few others, you can find lots of neat old buildings. Some have been renovated so much that they are indidinguisable from new buildings, due to suburbanization.

I'm especially impressed w/ some of the beautiful churches scattered about in many small towns .

Hereâs the oldest church in Andover, MA. It was built in 1826. Iâll post it in Paulâs good day page as well. 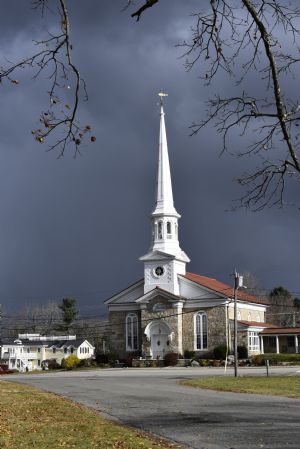 Many villages here have a cluster of older 17th and early 18th century houses, mostly stone cottages and sometimes not located in what is now the modern centre of the village. And other more isolated outlying cottages dotted around. Revealing how villages change shape and focus over time.

In my mind's eye I like to ‘peel away’ the infills of Victorian, Edwardian and more recent building and imagine what life and community might’ve been like in that older lower density village landscape.

Several years ago, I was able to visit family in N Yorkshire, UK. As the days went by, it became increasingly apparent how OLD so many of the buildings must be. Churches, schools, still very much in active service.

I stayed in a pub in what seemed like the middle of nowhere, on the edge of a National Park.
The bartender told me that the core of the pub and the cellar were probably 1600. 5'8" door lintels would "clock" your average person today. Half a dozen additions were made, most easily recognized from the outside. Nothing at all primitive about the inside: 120/240 power everywhere.

This village, McBride, grew out of a staging point in the construction of the railroad across the central interior of British Columbia. Consequently, there's nothing here at all much older than 100 years. And a lot of that has been burnt to the ground a couple of times. My house was built for an Italian immigrant family in 1975. Like so many, they came to work on the railroad, machinists and all. There was even a round house here with the turntable in the age of steam.

Many years ago when I left small journalism cameras for big big view cameras I was fascinated by the evidence of aging in everything, peeling paint on old homesteads to weathered/twisted trees. Such things encourage contemplation in the viewer who should wonder who lived here, what were their lives like and what happened to them and to the object viewed through the camera. 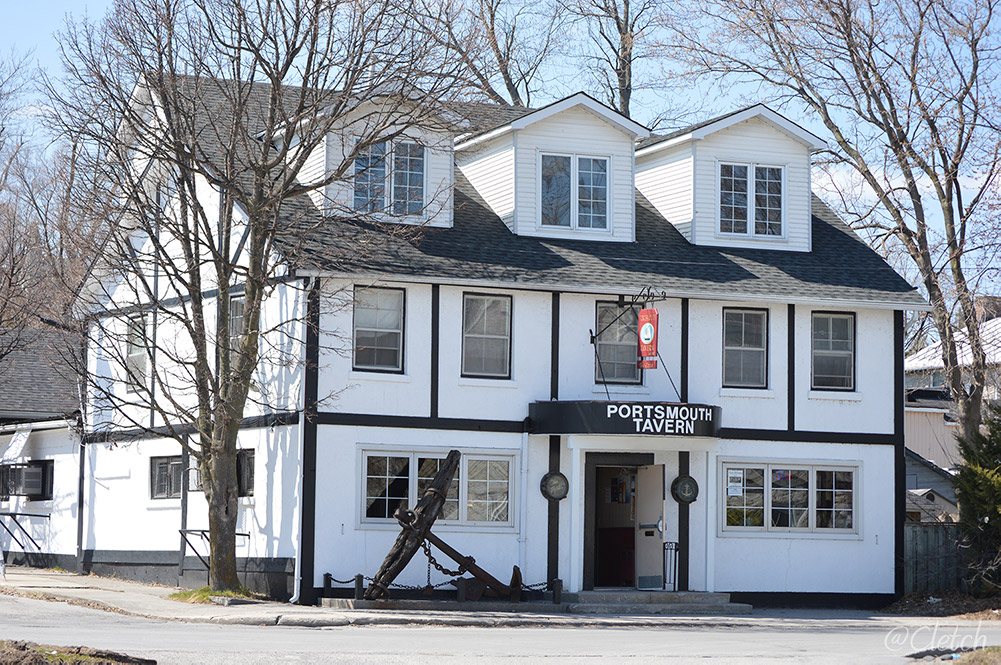 See how the Brits stole all our names for everyhing!!??

I used to visit my Mom here for a few pints. It was built in 1860 & it is split into small rooms with short narrow doorways. it's right next to the oldest penitentiary in Canada .

The Queens Golden Gaels had a yearly pre season practice with the Toronto Argonauts. They always went on a pub crawl after.

It was funny to see the players wedge themselves through a doorway only to realize there wasn't room to sit or turn around!

Mom & I both lived in Portsmouth at different times. 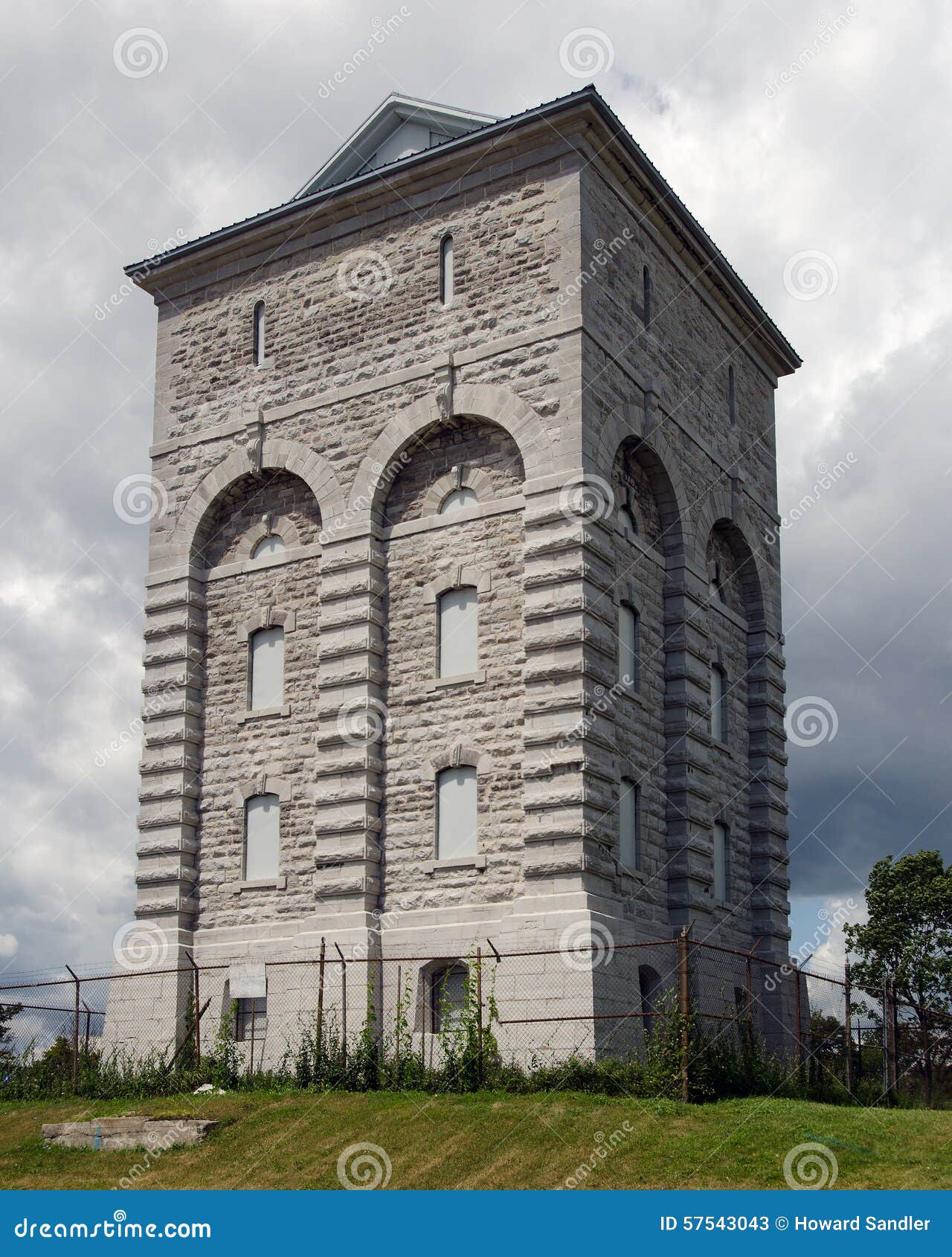 Water tower for the Kingston pen.

Some people said it was the hanging tower.

Back when they were building the Rideau Canal to Ottawa a lot of Scottish & Irish stonemasons showed up & built the place. There is some nice stonework there .

My Dad used to take us here to go tobogganing! I was there on school trips & went there to fly kites . I saw a Tragically Hip concert there! 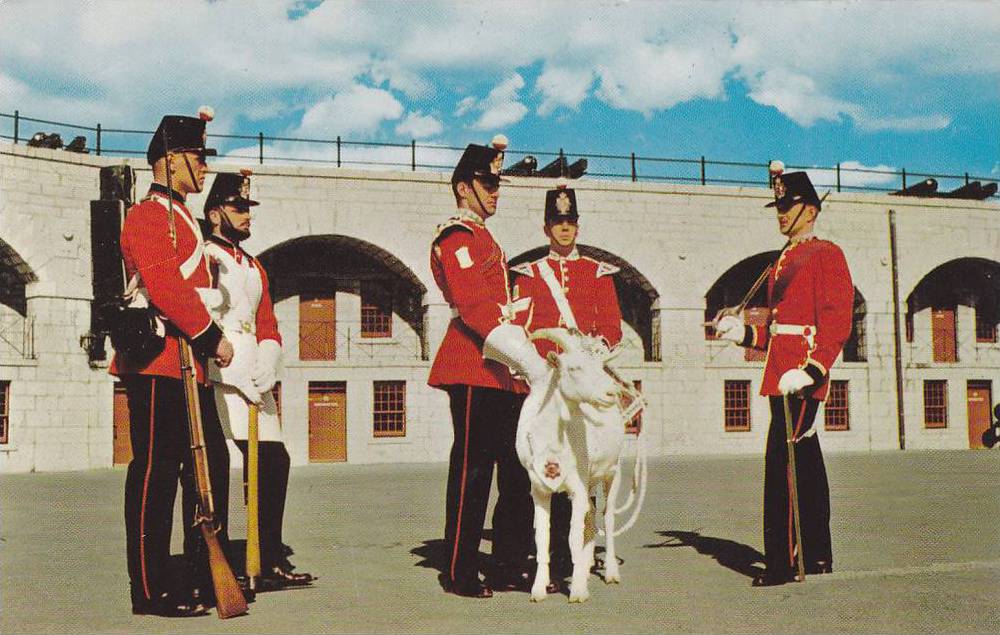 This corner of the world didn't really exist until they built a railroad across the continent in 1860. Vancouver was still a small village when it burnt to the ground in 1888. The gold rush traffic from California in the 1850's was one major reason for the original settlement. Our oldest structures are from about 1890 which would almost be considered current in many parts of the Eastern states, Great Britain, and Europe.

I used to have an apartment in the Menkaure Condominiums, the big one on the left. It's pretty old. You could find lots of cool stuff around there back in the day. The people who lived in the big one in the middle were a bunch of snobs. 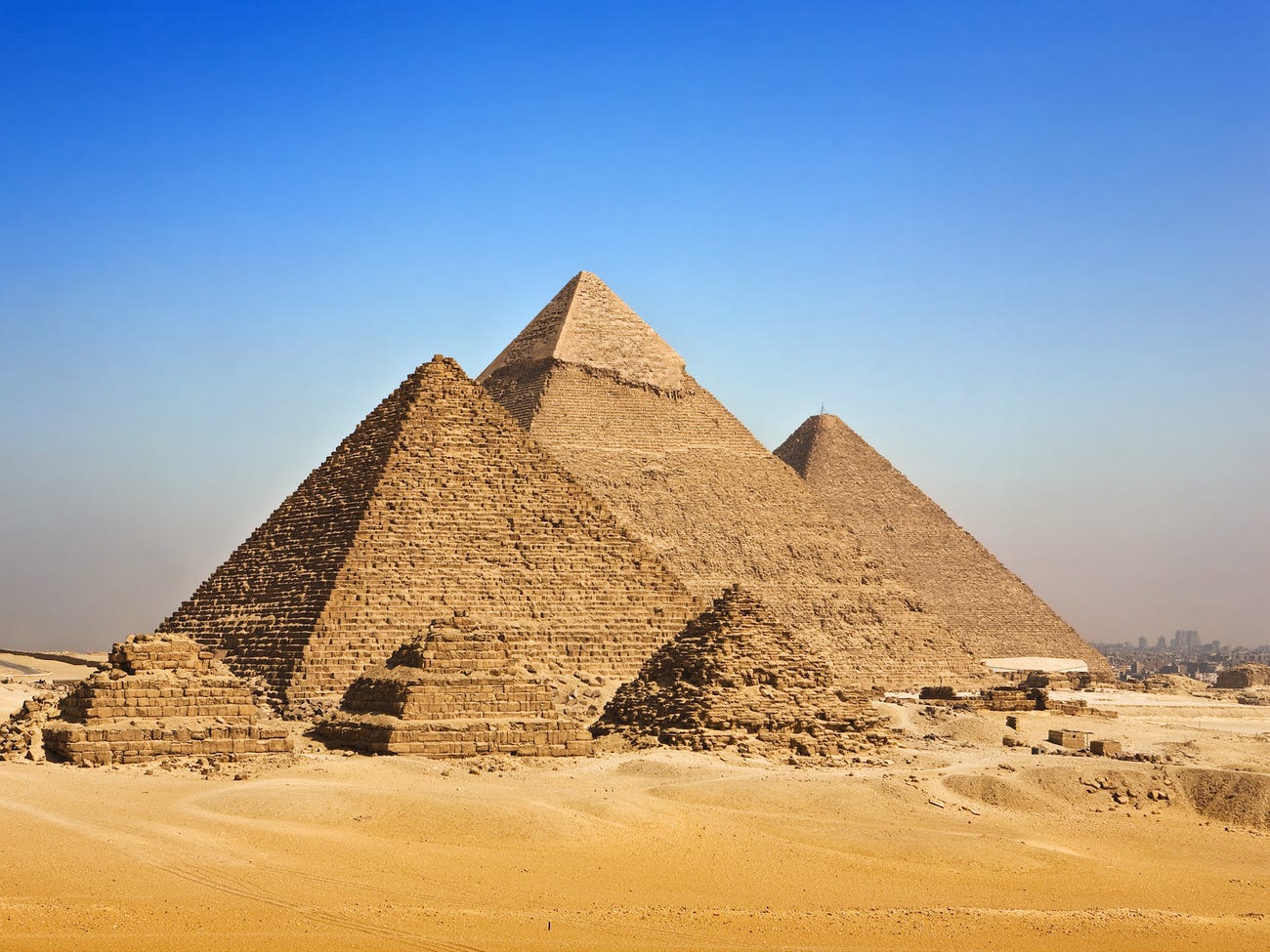 Our house in Toronto was built ca. 1900, in three (or four) sections, the first being the front, of cement block, the second the kitchen, also cement block, the third the back bedroom (upstairs), frame, and the fourth the upstairs and downstairs back porches. We gutted and renovated, replaced the electricity and wiring, plumbing, roof, aluminum, windows, doors, furnace, and lowered the basement. The house is small but has nine foot ceilings on the main floor and a thick rubble foundation. This is the realtor's photo when we sold it in '02. It's probably the oldest house on the block, built when workmen were building expensive houses on Ellis Avenue and on The Kingsway. It's possible that whoever started this house was one of them and used materials scrounged from those sites. In the walls we found a letter from Aberdeen, Scotland, dated 1915. It's not that historic, except to us. The crazy old woman next door (on the right) was supposed to have been married to a German U-boat captain. 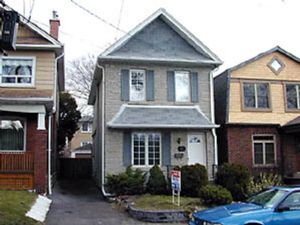