I just got Cynthia Sayerâs new book, and itâs great. She has meticulously transcribed all of Elmer Snowdenâs tenor banjo solos on his classic Harlem Banjo! album in Snowdenâs GDAE tuning as well as in standard CGDA tuning. The book also includes historical information and some transcription notes. I recommend it highly. If youâre interested in the book, go to Cynthiaâs website and order it today! 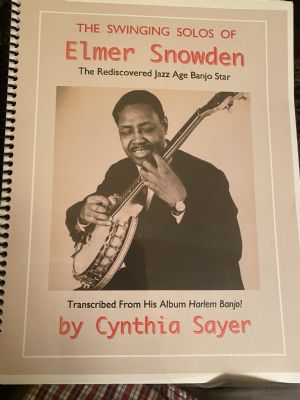 @compass55 Hey Tony, I think I feel a Xmas purchase coming on...can I just check, it is transcribed to CGDA (not plectrum tuning CGBD) - thanks Carrie

Carrie brought up the important topic of tunings used in Cynthiaâs book, and on that topic here are a couple of things: