Geese Honking, also known as Wild Goose Chase, was passed on to one of my favorite fiddlers, Clyde Davenport (1921 – 2020) by Dick Burnett (1883 – 1975), both from Kentucky, who learned it from “Fiddling” Bob Taylor (1850 – 1912), governor of Tennessee and a U.S. Senator.  I’m going to stay with the title Geese Honking because other recordings entitled Wild Goose Chase are quite different.

I first heard Nick Hornbuckle play Geese Honking in his beautiful 2-finger style on a recent CD “Twelve by Two (Plus or Minus One)” and so went looking for the older source.  Clyde Davenport was the oldest source as I could get, as neither Dick Burnett nor Bob Taylor left us with a recording.

There’s only one CD I know of, with Dick’s partner, Leonard Rutherford, but it doesn’t have the tune. Burnett’s life was interesting, as I read in the liner notes of the Burnett and Rutherford compilation CD.  He had been an oil driller, but was blinded when shot in a hold-up attempt. Five church music schools had given him a keen musical background and he played fiddle, banjo and “a new instrument just making its way across the rural South, the guitar.”

Reading about the life of Robert Love “Bob” Taylor is also quite interesting.  When he ran for governor against his brother, whose political party differed, it was remarkable in that there wasn’t animosity during the campaign.  After Bob served two terms, his brother was elected governor.  Bob went on to serve in the federal government.  He brought his fiddle and used it while campaigning – imagine a good fiddle tune to liven up a rally!  Read more here.

In this hour-long interview of Clyde Davenport called “Shades of Clyde”, go to  27.34 to hear Wild Goose Chase, learned from blind fiddler Dick Burnett.  When Clyde says he learned the tune from blind Dick Burnett, I wonder if it was in person.  (The hour-long recording includes his banjo playing as well as fiddle and you can hear it all in the link.)  This same rapid version is also found on Slippery Hill and is the one I’ve arranged for clawhammer, but I play it slowly.  Musical annotation of Wild Goose Chase as played by Clyde is found on the Traditional Tune Archive site.

Another favorite fiddler, James Bryan of Alabama, performed Geese Honking with Bob Carlin on the seminal CD Banging and Sawing and here it is on Slippery Hill.  James sited Clyde as his learning source.

Tuning in open G is a fun way to clawhammer Geese Honking using the second fret almost exclusively. There’s one hammer-on to the 4th fret to get a note in the B part, but other than that you can do it all on the second fret and practice techniques like hammer-ons, pull-offs, alternate string pull-offs, skipped notes, and drop thumbing. Because Clyde stated the key and recorded it in Bb, so also have I used it.  My Doc’s Banjo is a short scale with nylgut minstrel strings and allows me to tune up from open G to open Bb.  The very bottom notes of the fiddle is out of my range, so some note adjustment was needed.  The honking geese may be heard in the B part, if you have a good imagination. 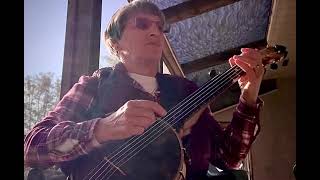 JanetB beautiful choice and playing! It is so great to get all the background information you supply and include in your posts. I'm attaching a video I did many years ago of 'Geese' as my contribution to the topic. Thanks! 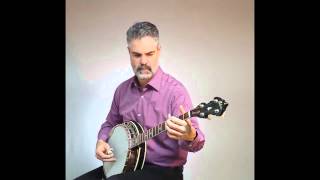 I love the this TOTW! somehow Janet your tune hs put an "ear-worm" in me and I seem to have it going underneath my consciousness. Thank you for this neat little tune. Happy Thanksgiving to all. J.C.

I looked up the henscratches for the Clyde version:
https://tunearch.org/wiki/Wild_Goose_Chase_(4)

B flat!  Hunh.  Must not have wanted anyone else to play along with him.

Here's the sound file for it: also in B flat. A fairly quick speed; I like it slower.
https://www.slippery-hill.com/content/wild-goose-chase-0

Nice banjar playing from both of you. Nick, I really dig that low B flat. I do have your book, Nick...time to dig it out!

Thanks for posting your playing, Nick. It's supreme! I'm going to work on it again via your tuning. I love that low note you get at the beginning, like Clyde did.

Happy Thanksgiving all! To finish this week's TOTW I managed to do a clawhammer arrangement based on the tuning Nick used, fBbFBbD along with the Slippery Hill recording of Clyde Davenport. Anita Kermode calls this Clyde Troxell tuning (#52 if you use her alphabetical index) and calls the Bb an A#.  My strings on the short scale were pretty floppy, but not too bad.  It's called Wild Goose Chase, like Clyde Davenport's.