I'm offering an Avalon plectrum banjo on ebay.
I opined in the auction text that the banjo was made by Slingerland.
I received an unsolicited message that stated that the banjo was made by lange.
The messenger said he was an experienced banjo collector for many years.
Who do you think made the attached banjo. Slingerland? Lange? Somebody else?
The banjo is 35 1/2" long with a 10 3/4" rim and weighs 5 1/4 lbs. 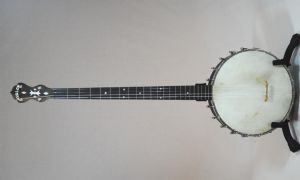 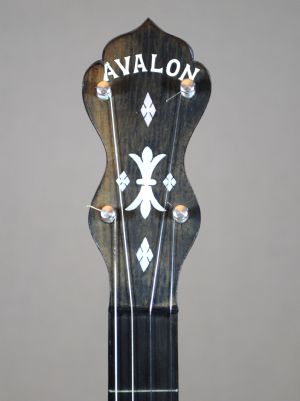 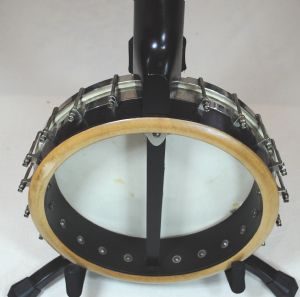 The Avalon banjos I've seen are credited to Lange, and I tend to agree. This one looks like another Lange product to me.

I've seen plenty of Avalon banjo ukes made by Lange, & associate the brand w/ that company, & never noticed it connected to Slingerland. It also has the neck brace favored by Lange.  (However it certainly is reminiscent of  Slingerland w/ the peghead shape , 10 3/4 " head & 20 brackets).

Although the peghead is reminiscent of Slingerland, the hardware isn't. The Elite tailpiece and distributer's tag were common on Lange products.

The 10 3/4'' pot is the single biggest indicator to me that it was made by Slingerland (as well as the peghead shape).

I have another Avalon. (I collected Avalon banjos - tenor, plec. and uke for Stadlmair research)).
This one a tenor.
It has the "correct" Slingerland neck stabilizer and a Waverly branded tailpiece.
After that it's all downhill.
It has a 10 5/8" head.
The rim is 10 1/2" side to side.
Here are some photos.
Maker unknown.
Kabitz? 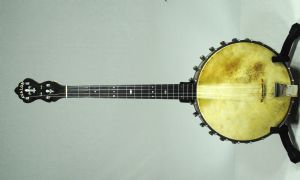 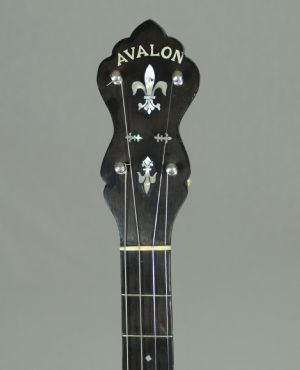 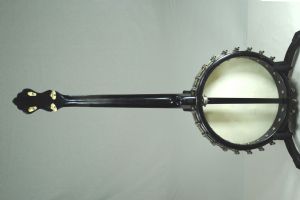 Here are pictures of the Avalon Tenor Banjo rim.
Oh, and it has 24 brackets?? 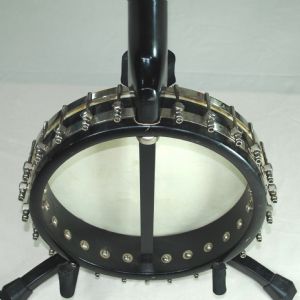 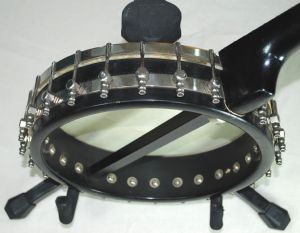 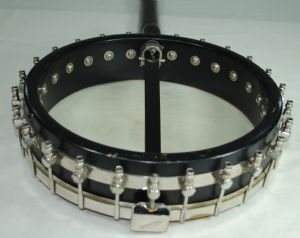 That Avalon tenor rim looks very Lange to me, despite the "Slingerland" neck attachment. The Lange "Banner Blue" used that same sort of fake bracket band. I haven't seen that neck heel on either Lange or Slingerland products.

The problem with so many banjo makers is that many parts were from suppliers, so items such as hooks and nuts, neck attachments, inlays, tuners, tailpieces, and even somtimes tension hoops, can be found on many diverse instruments. It seems possible to me that Stadlmair may have used several makers for their Avalon line, or perhaps used rims from one or two makers and necks from other makers--parts that just happened to fit the budget--and had them put together by a more local builder such as Lange.