I put my flowerpot Vega Tubaphone up for sale this weekend.

I lucked into this 1910s Vega Tubaphone a couple years ago. It was in pretty rough shape when I got it (with some unusable guitar style tuners and general wear all over). I did a bunch of work to clean it up, played it for a bit and just decided it wasn't the banjo for me--something this nice should be in the hands of someone who's really going to put it to work.

So now the interesting parts--all the details. This is actually a parts banjo--the neck and pot serial numbers don't match, though they're both pre-1920. The flowerpot necks were only made between 1910 - 1913, which is consistent with the serial number 30170 stamped on the dowel. The pot is stamped with # 37987--mugwumps puts that between 1915 - 1920. Almost all the hardware is nickel, except the armrest (a modern? chrome thing) and the tailpiece (currently a repro No Knot, but if you want it, I'll replace it with the windowpane tailpiece it had when I bought it before I send it to you).

I replaced the hideous guitar tuners (I'll send you a pic if you're dying to see one, but fair warning, there are things you can't unsee) with really nice ABM small shaft tuners from Smakula. I didn't go with Gotohs b/c the original holes were really small and I didn't want to ream too much out. I still have the original friction tuners and will include those as well (picture included). The buttons on the tuners are the original grained pearloid (ivory?) from the friction tuners, excepting the 5th string--the shaft of the geared tuner was a LOT bigger than the old tuner and I wasn't willing to do major surgery on a 100 year old knob to get it on there. If I was going to keep it, I'd probably grind the modern tuner shaft down to fit.

There's lot of wear throughout--some chips in the headstock veneer and clearly a ton of wear on the back of the neck with overspray over it. You can see the wear, but you can't feel it. The heel carving looks great, as do all the fretboard inlays. I installed one spike at the 7th fret--there's a mystery hole at the 9th fret under the 5th string, left over from what I can only assume was some sort of capo or mega spike in days of yore. Also, the binding from the 5th string to the nut on the bass side of the neck is missing

There's a new Renaissance high crown head on there.

I THINK I've got all the pics added here, but you're welcome to look in my Dropbox folder to double check if I missed any:
dropbox.com/sh/l27pih0ehh5dtcp...2uWa?dl=0 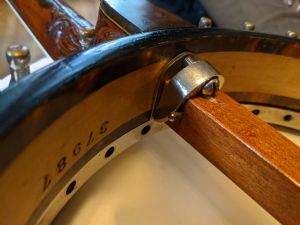 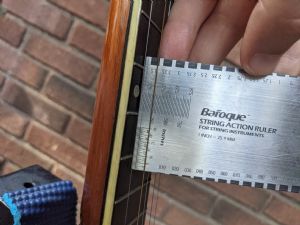 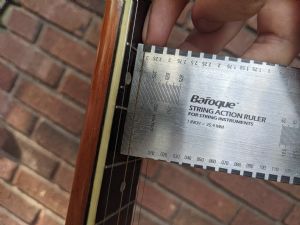 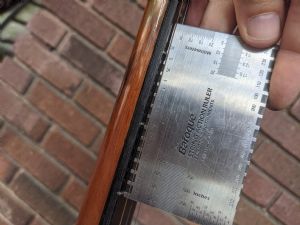 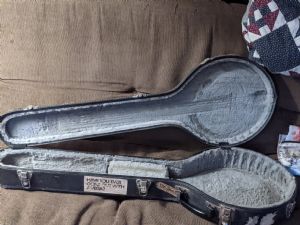 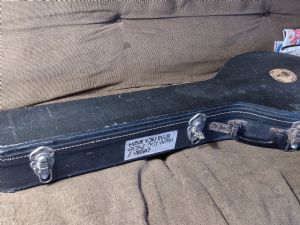 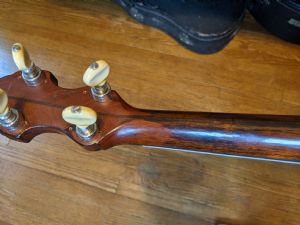 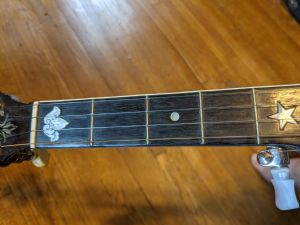 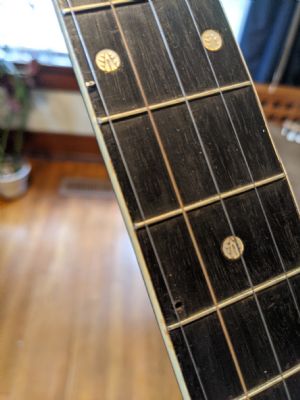 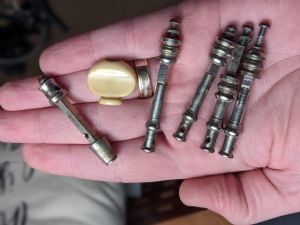 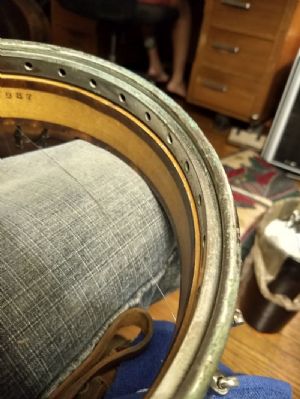 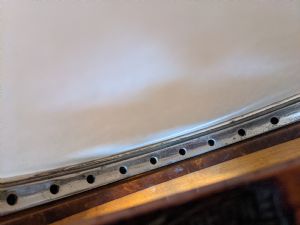 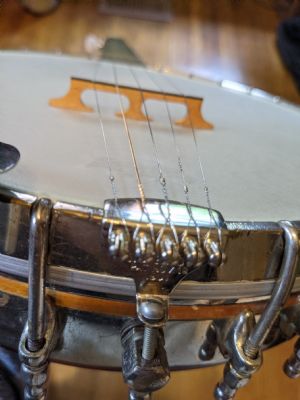 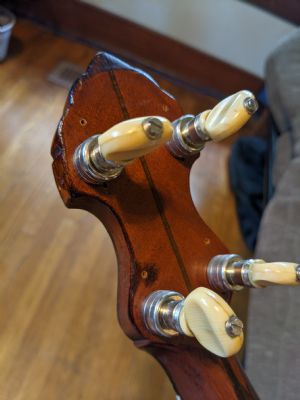 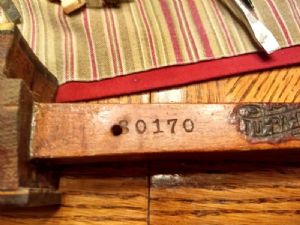 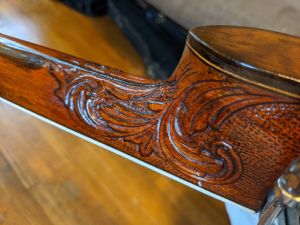 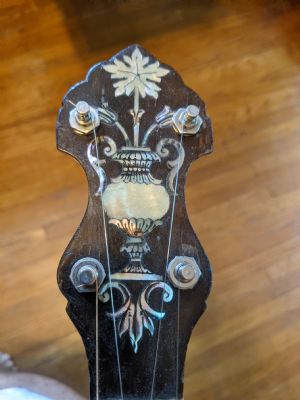 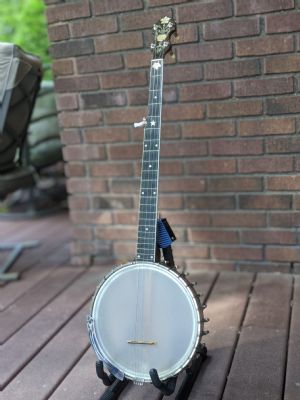