The first time I heard this tune was on Pandora. Whoa! I had to go to my device and see what it was called, and who was playing it. I bought the mp3 so I could listen to it whenever I wanted. It wasn't long after that when I decided I not only wanted to listen to it, but play it myself.
Paul Brown's wonderful recording, from his album "Red Clay Country" (Five String label) is where I discovered "Old Man's and Old Woman's Quarrel." I reached out to Paul to see if he knew anything further about the tune, and this was his reply:

"This is a traditional tune I learned in person in the 1970s from the late Fields Ward. Fields was a fine guitarist and singer, a nephew of the renowned southwestern Virgina banjoist Wade Ward, and quite an interesting banjo picker himself. He did not tell me specifically from whom he learned the tune, and I failed to ask."

Fields came from a distinguished musical family. He was a talented singer and highly regarded guitar player. He learned to play guitar (still a relatively new instrument to mountain musicians) from Alec "Eck" Dunford and indirectly from Riley Puckett. He recorded with The Railsplitters, played with the Buck Mountain String Band, and with Wade Ward and his Bogtrotters. Afterwards, Fields played mostly for friends and family until being rediscovered in the early 60's.
In an archived Banjo Hangout post, someone posted a photo of the back side of a Fields and Wade record.  It's a little hard to read the text, so I typed out the interesting paragraph:

"Fields found the music beautiful and meaningful in its own right, but the strong ties it had with his family and home lead (sic) him to take it all the more seriously. The high regard he felt for it is reflected in all his performances, from the early Okeh recordings (Crockett Ward and His Boys-1927, Fields just of Congress-1937-40) (BLP6003) to the recent selections heard on this album, “I put everything I had into a song”, he says, and it’s this approach that makes his singing among the finest ever recorded. Though his voice has mellowed with age and no longer reaches the lilting highs it once did, it has lost none of the hauntingly plaintive quality that characterized his earlier classic performances. As in “Winkin’ Eye” and “Cold Icy Floor”, it frequently wavers, almost to the point of breaking, producing negation emotional overtones. Such emotive nuances, whether vocal or instrumental, reflect a uniquely sensitive person—one who is able to communicate to his audience his own deep feelings for the material he is performing. Fields Ward is an outstanding example of such a person."

Here is a YouTube recording of "Winkin' Eye" from this record.

Here is my playing. Banjo tuned to the original f#ADAD.

If you are interested in learning it by tab, I have two options. In a previous BH post, the tune was discussed and Tobin Dunham produced a tab. That is where I first learned it.

I googled around, looking for more on the tune, and saw that it was featured in a 1994 Banjo Newsletter tune of the month. I purchased that tab, and found that it was mostly identical to Tobin's tab, but with a difference--It sounds a little crooked, and the Hangout tab reflects that, but the BNL tab is straight. It was interesting to see how the different tabbers interpreted which licks could go into various measures. but I think the explanations for the "C" part make the best sense in the Hangout discussion, play it at least 3 times, and really, however many times you want.

I won't be posting the BNL tab, since it is for sale (only $2!) on their site. But here is the description and link.

"This month’s tune is the Old Man’s and Old Woman’s Quarrel as played by Paul Brown of Pilot Mountain, NC. Paul said he learned it from Fields Ward, who might have learned from his uncle, Wade Ward, or some of Wade’s peers. Paul said Fields never played the tune the same way twice, so Paul doesn’t, either! It is a performance tune rather than a dance tune but, like any tune, it could be adapted to being dance- tune, it could be adapted to being dance-able. Paul played it with his banjo tuned in E but said the song should be played a note lower in Dtuning (f#ADAD). I have tabbed it in this lower tuning. It is a very charming tune, but quite unusual with respect to structure. I have gone half nuts trying to figure out how to tab it in a reasonable manner. Definitely the mother of all B-parts! I’ve tabbed it the way I watched Paul play it on video, but it still looks funny in tab" 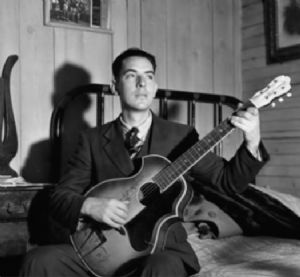 Wonderful gravelly tune to play. I play it out of an E tuning but will now give it a go one tone lower in D. Interesting to read the tune link to Fields Ward.

I was surprised that the recording didn't pick up my floppy strings rattling around, that I heard. I think one would have best luck with heavier strings and higher action. My strings are pretty light, and the action is really low, but it managed to do the job.

I think it is a very nice banjo tune. I hade difficulties when tuning down the third and fourth strings because I have too light strings. So I will try an emergency solution: I have a slightly modified guitar-banjo where I have replaced the sixth string with a first string and a "fifth string capo". I think f#ADF#AD tuning will work but I will probably not use the third string (F# string).

By the way, this tunes reminds a little about Pete Steele's "Old Scoldin' Wife" with a low and slow male part and a higher and faster female part

It also sounds a little like âprotect the innocent/shavingâ¦â. But I canât quite discern if itâs because they are in the same tuning, or if they really sound alike.

Carolyn, you always pick and play the most enchanting, intriguing tunes!  The tuning made it extra fun. My very short neck Doc's Banjo with minstrel strings seemed to accept a lower tuning without too much problem.  Because I play so lightly I'd tend to get less buzz than if I played with a heavy right hand.  Arranging a tab was a challenge, as you said, but mine plays along with the last half of Paul's recording.  I wanted to use as few half-measures as possible and ended up with just one.  Afterwards I compared it to the link you gave for a tab and it was similar in several ways, different in others.

This is the third tune I've learned with "Old Man" beginning the title.  Notice the happy little reconciliation inserted at the end of the recording.

Paul Brown is indeed a treasure, a living legend of our old-time banjo world. It also sounds a little like “protect the innocent/shaving…”. But I can’t quite discern if it’s because they are in the same tuning, or if they really sound alike.

So I learned Oscar Wright's "Shaving" in g#BEBE, so just tuned up a step from where you are... they are very similar tunes...

JanetB Your tab is pretty close to the BNL tab. The person who tabbed it from Paul's playing also chose the 3rd fret in measure 6, rather than the 4th (just before those double open 1st string notes).
Both the tabs are weird because the BNL forced it into straightness. which means that identical licks appear in different places within their measures. And as for the other one, it is always weird trying to figure out a tune with crooked sections.