* = and I ain't referring to my smooth dance moves!!

I can see it now, Owen - dancing to Stormy Monday Blues

...probably not, though I can't say with certainty..... better chance it was Maple Sugar.  We had requested a polka for our opening volley [though I'm  not sure just when in the proceedings the pic was taken].  Our backgrounds wouldn't suggest a polka, though I had lots of Polish/Ukrainian neighbours/classmates back in the day.  As a part-time"outlier," I guess that's par for the course. The orchestra (?) was a two-man band.... one on the guitar, t'other a squeezebox [we were in a ruralish part of Nova Scotia].  Their fee was $30 [for the pair]..... but being big spenders we gave them 50 ........ and didn't charge them for the midnight lunch.

I don't think we have destroyed our wedding photos from 48 years ago ..... but we should have ........ or at least have then heavily photoshopped!

So did she have poor eyesight?

Seriously, congratulations. We have number 34 coming up at the end of the month. Mine hasn't caught on yet either.

Thanks, Dave.... and an early congrats to you and your wife.

There used to be a guy who frequented the hockey rink in Roblin, MB, who would see a lady [friends I presume]  and would issue a greeting loud enough so that her husband couldn't avoid hearing it: "Oh, Hi _______ .... are you still living with that same ugly bugger you were with the last time I saw you?"   ...and then make like he just then noticed the husband nearby.

Happy Anniversary. May you have many more.

Corngranulations, and let us raise our glasses in a toast! 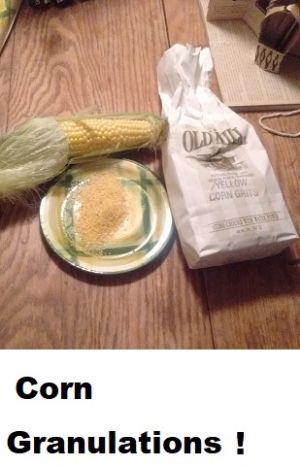 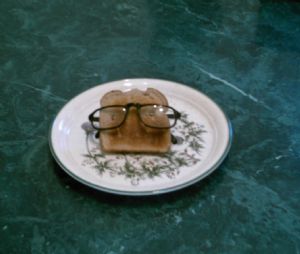 Congratulations to a fine looking couple. May you have many many more years. (Words of hope and wisdom):....we just past our 58th....it gets easier and happier as each year goes by.

All the very best mateâ¦. And my deepest commiserations to the current Mrs Owen - she must have the patience of a saint !

And many congratulations from me to you and your wife, Owen - and thank you for some happy news in this time of wall-to-wall gloom and disaster. Bless you both,

Congratulations to you both
50 years last January for me and my better half.
A family member took photos with my 35 mm camera, didn't understand the viewfinder so most of the guests got scalped. Oh Well!!1

Belated congratulations. She must have the patience of a room full of saints.

Our 42nd is tomorrow. I take it, like me, you're still on your "starter wife".

Congrats, both of yooz hosers. Mine is in the dustbin of history. Oh, the freedomâ¦!

Belated congratulations. She must have the patience of a room full of saints.

Our 42nd is tomorrow. I take it, like me, you're still on your "starter wife".

Yep.  Although I take some satisfaction in being an inveterate putterer, in that ^^ regard it's: "Leave well enough alone." and/or "If it ain't broke don't fix it."

What is she whispering in your ear? Happy Anniversary.

Edit: One of the songs I mangle is Put Another log On The Fire..... maybe I'll be able to fit another ^^ line into it.

What is she saying to you in the photo?

No recollection at all, but it could well have been something akin to: "Take it easy on my toes, will ya?"

I was thinking maybe she was reminding you of the dance steps.

Congratulations! 53 years for us, plus 5 years of teenage dating.

Re: I was thinking maybe she was reminding you of the dance steps.

Well, I did check with her re. the pic, and it was indeed the first dance of the evening.... a polka.  I suppose the reason we chose polka is that it is the one dance at which I'm  reasonably competent. Foxtrots, two-steps, waltzes .... an observer recognizing them as such would be stretching it.

[IF I'm allowed to brag some more, it used to be closer to pretty good than reasonably competent.....  wonky knees, an overall decline in fitness, and a pandemic induced lull are taking a toll.]

'Could have been worse' 1 hr