Good dark and early morning from dampening Kingston, Ontario. It's 14C now and will get up to just 20C with chance of showers. A couple of years ago we could play in front of live audiences. Now we play online. 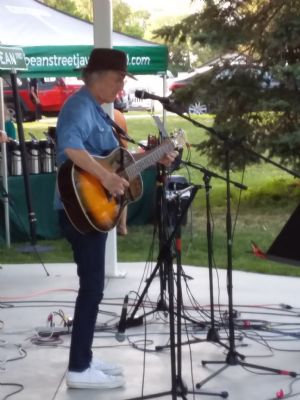 Gâmorninâ from the early side. (No tape on the guitarâ¦?? Wow.)

I do enjoy my electric guitars, though. 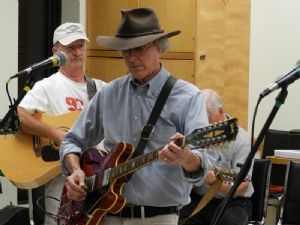 Good morning from NE Ohio. Nothing like a live show

Good morning from overcast Vancouver Island in British Columbia! It might clear up later today.

Asked Terry to pick up a pork belly for the smoker. She came home with an 11.1/2 pounder! Will have to portion up & vacu seal a lot of it! I might have to double up on my Atorvastaten for a while!

I bought charcoal yesterday. My hardware store quit carrying my regular Canadian Maple lump! Had to buy Big Green egg charcoal. The Blasphemy! I'm not sure if it will even work in the Primo!

Here's an article from our local paper that gives perspective of living on an island  https://www.timescolonist.com/news/local/jack-knox-a-sesquicentennial-quiz-to-put-b-c-day-in-perspective-1.24347807

I reported in the "Smoke" thread. 10AM, 22C after +16C warm night, calm, dry, heavy overcast and maybe 1 km visibility in smoke. Gloomy like just before a big rain (no chance of that).
I think I have no need to go anywhere except downstairs for laundry and wood carving today.

Good early afternoon from this end of the wire attached to the back of your computer.
Nice weather here in Southeast Wisconsin.
Going to fire up the motor scooter, mail off some envelopes (2 bills, one invoice) and pick up 4 bolts for Angel's new doghouse.
Dog's owner wants it mounted on skis, so it can be pulled from spot to spot in the yard, until she finds a spot where she's happy enough to let it stay.
Like Ed Gein said when the cops confiscated his tattooed lamp shades for evidence: "It's no skin off MY butt!")

[For you youngsters who never heard of him: Ed was a quiet fellow, from Plainfield, Wisconsin, who never bothered anybody, until it was discovered that he was a grave robber who had also murdered a couple people. His story was the basis for the Robert Bloch book and the Alfred Hitchcock movie "PSYCHO"]