What banjo is this? THANKS!

Hey ya'll... can anyone tell me about this banjo and what it's worth? I've just never seen one like this. Thanks in advance! 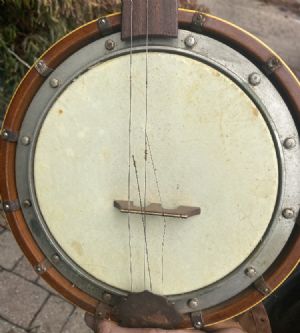 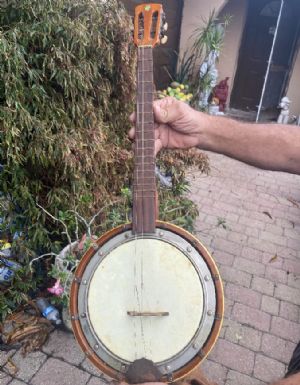 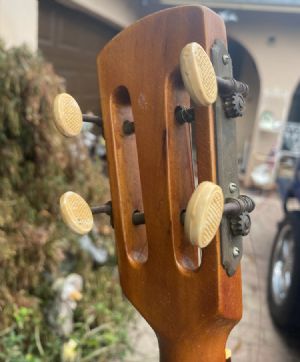 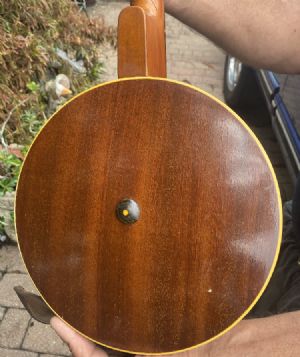 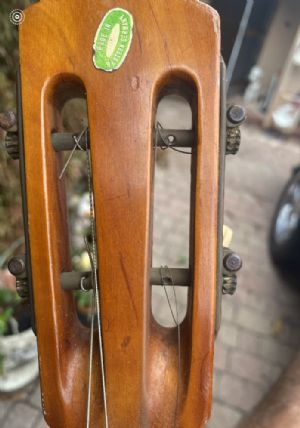 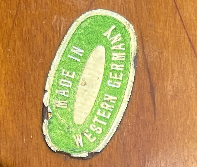 Looks like a Framus to me. They're not worth much... if you sell it, the S&H will be about as much as the banjo is worth.

Called a "zither" banjo....ebay's polluted with them !

Well...the round part is designed around the typical Zither banjo of the 19th C. Frankly, it ought to be called "Euro-style pot" as it was almost never used here in the States. It is a toss-up whether it has a dowel-stick or not. I'm guessing maybe a metal rod dowel stick if you're lucky. The neck appears to be too long to be Tenor length...but not long enough to be Plectrum length. Really doesn't matter much.

I'd slap a set of cheap Tenor banjo strings (for CGDA tuning) and give it a go. These sound just like a banjo (duh) but are so different looking that nobody really wants them anymore. If it doesn't have a dowel-stick (or rod), they can be really "flexible" under tension. The tailpieces on these things are a real weak spot, so careful there.

These are great for hot-rodding. They're usually dirt cheap and no big deal if it accidently catches fire during an 'experiment'.

I have had this banjo with a Musima head on it. Almost all Musima banjos I have seen have that extra long heel. And the peculiar extended fingerboard with no frets. I have an unbranded six string look alike to this in my possession at the moment. What bothers me about my ID is the Western Germany label. Musima is associated with East Germany. The Berlin Wall fell in 1989 and "Western Germany" was discontinued as a legally required label in 1990.

You're right about E Germany. ( I thought the peghead sticker looked like an odd & poorly placed label. It was probably added later for some reason. It seems like it was applied as an afterthought. )

The Berlin Wall fell in 1989 and "Western Germany" was discontinued as a legally required label in 1990.

Some companies still use "Made in Western Germany" even today. Brüko, a German ukulele manufacturer, would be one example. (Or at least they still did five or so years ago, I haven't followed newer developments.)

Musima went bankrupt in 1997 for the first time, changed hands and in 2003 went bankrupt for the second and last time. It was never owned by a West German company after the unification, though.

Generally these have two screws holding the neck to the pot, without benefit of a dowel stick or coordinator rod. A very weak construction.