Maybe a drone could be utilize in surveillance of the forest? One equipped with hell fire missiles? Blow the tree poachers to the high heavens. It would only take one time.

They reintroduced Roosevelt Elk here & they keep getting poached too. Those people are why we can't have nice things.

Do you have any idea what a fresh 30" diameter tree trunk weighs?
A 24" thick cookie of a 30" Western Red Cedar is beyond 220 lbs.
How do you sneak that out of a forest without anybody noticing?
I carve those. I need jacks and dollies just to wrangle the wood.

Bad was on the North Shore, the rustlers were debarking the maples, looking for bird's eye grain.
They killed 20 for every log they took out and nobody saw a thing.

Nobody is felling these trees with a hand axe. The sound of a chainsaw travels far.

This is some Crown land they want to chop down!

I swam out to this tree when we camped at Fairy Lake. I have taken this picture myself & so have a lot of other people.

Not really. The sound of a power saw doesn't go too far in a coniferous forest. Don't forget the branches are needle-covered like a muffler, almost all the way down to the ground. It's very green and mostly very dark and quiet under a dense canopy.

I expect a fairly big saw like a Stihl with at least a 36" bar if not longer.
I just have dinky little gas and electric saws with 16" bars for messing with cookies and blocks.
A Poulan and a Remington, they were gifts before I could buy a 24" Stihl.

Canfor is gearing up to pound a big road through a protected area in the Rausch old-growth valley near my place. Around my place in the mountains, that will run at least a million$$$ per mile. That gets them to a unprotected patch that they have every intention of clear cutting (and it's old growth, too.) "Fiber crop" mentality, one more time. Interior cedar here is always rotten in the core. Maybe a 12-16" thick shell, that's it. The trees still grow OK but the wood quality is quite junky.

Just in the left edge of the picture, see the gap in the mountains? That's the cut into the Rausch. 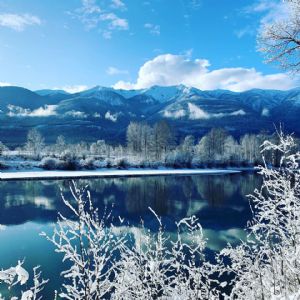 When he was alive, my father used to own a hunting camp on several hundred acres in New Hampshire. One winter, a local logger clear cut several parcels of Dadâs land. In theory, Dad was entitled to three times the value of the softwoods and five times the value of the hardwoods. However, the logger didnât have enough assets to make it worth suing.

It happens in stone pits too...

....not to mention international borders: https://www.cbsnews.com/news/belgian-farmer-moves-belgium-france-border/

I'm not into people calling authorities to chase the sound of chainsaws.They'd be showing up to investigate dirt bikes,model airplanes,snowmobiles and anything else with a 2 stroke motor.
Now we can buy electric saws that are very quiet

Create a new sport. Hunters with tranquilizer guns that could "bring down" all types of poachers. Poachers would be heavily fined, and all property used during the illegal act would become property of the state. A bounty would be given to the hunter. Violators would be tried by state officials, not local officials. I could become a sniper in camouflaged gear. Put a dart in the poachers butt, bring them in, and wait for the bounty.

Small hidden cameras are used to observe animal behavior. I think they should be more widely used. I also like the idea of drones. Drones that could drop indelible harmless dye that would take a week or so to disappear.

I dunno about that ^^, Richard.   I can see problems a hunter (?) might have in distinguishing between suspected poachers and real poachers.   And.... supposing it was successful, do you see it being expanded to encompass other misdeeds?

No, that's just an excuse for theft.

My boundary lines are 3000 feet of 200 year old stonewalls.
Ain't nobody going to rearrange those lines.

Use this, there's a registry from the 1830's, that's why they started stamping logs.

To get an elk to hold still for a little tatoo or a brand,

They use dogs in South Africa from helicopters at night to get Elephant poachers.

steve davis, I've picked blueberries up by Kittery on walls just like those, 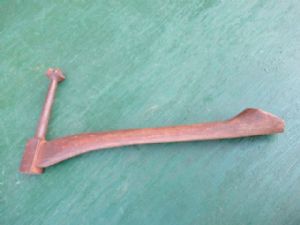 I'll bet the dogs that are used in that African nation are Rhodesian Ridgebacks. Very big, are very athletic, and unlike most large breeds have few inbred physical problems.

Thievery can come from the bottom or the top. I consider the selling price and price upgrades of some types of medication unethical. In addition, changes should be made to correct this problem. If Americans have to go to other countries to buy affordable medications, something has gone wrong. This situation could "blow up" in the faces of some manufacturers. Like some certified foreign made drugs being sold in the U.S.. If the public voted on many proposals, this would probably happen.

1. Chainsaws are audible for 5-10 miles from a ridgetop. Poachers run the exhaust into a bucket of water.

2. Triangulation of a chainsaw in the woods would be no easy trick. It is near impossible to locate the sound of a chainsaw in a ravine. It takes less than 10 minutes to drop and prep a 4 foot tree if you don't have to buck it into log lengths for the trucks.

3. The sound of a 3 to 4 foot diameter tree hitting the ground is audible above the saws at 5 miles. At 2 miles you can feel the ground shudder. You could easily triangulate the fall with seismic sensors but the tree would be gone before the rangers get to the site.

4. Darting a poacher, or even confronting one, can get you killed. They are usually armed, often with automatic weapons. The spotters will pick you off before you get close to the sawyer.

5. Poachers go for the best trees which justifies the cost of helicopters for removal.

6. Hide them cameras well! Even house burglars look for game cameras and other non-transmitting electronics. These become part of the loot.

7. There is still plenty of grade A lumber standing. It gets cut and shipped overseas to people willing to pay the price. The price is so high local wood suppliers don't deal with it.

Doug, I can't believe that our dense coniferous forests have anything like the acoustical texture of your deciduous forests. Even pine vs western red cedar can't be the same.

Here's a tree a short walk from here. 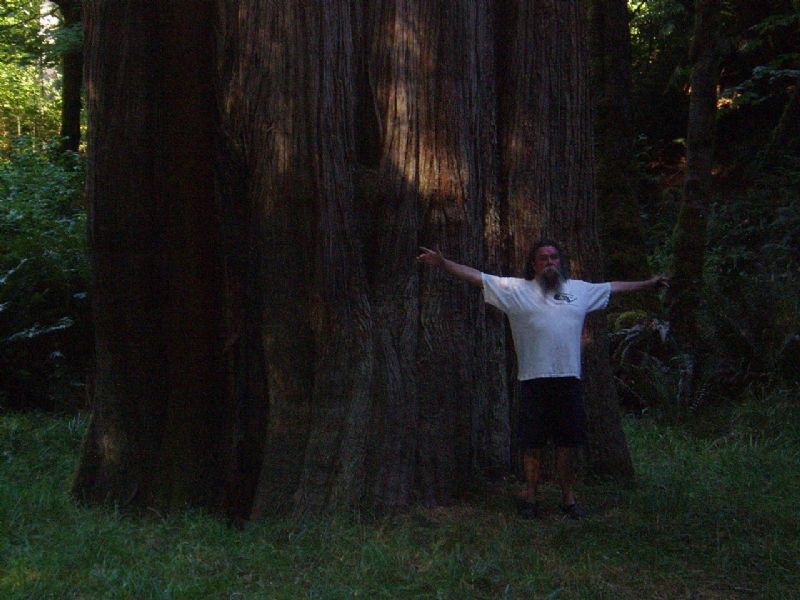 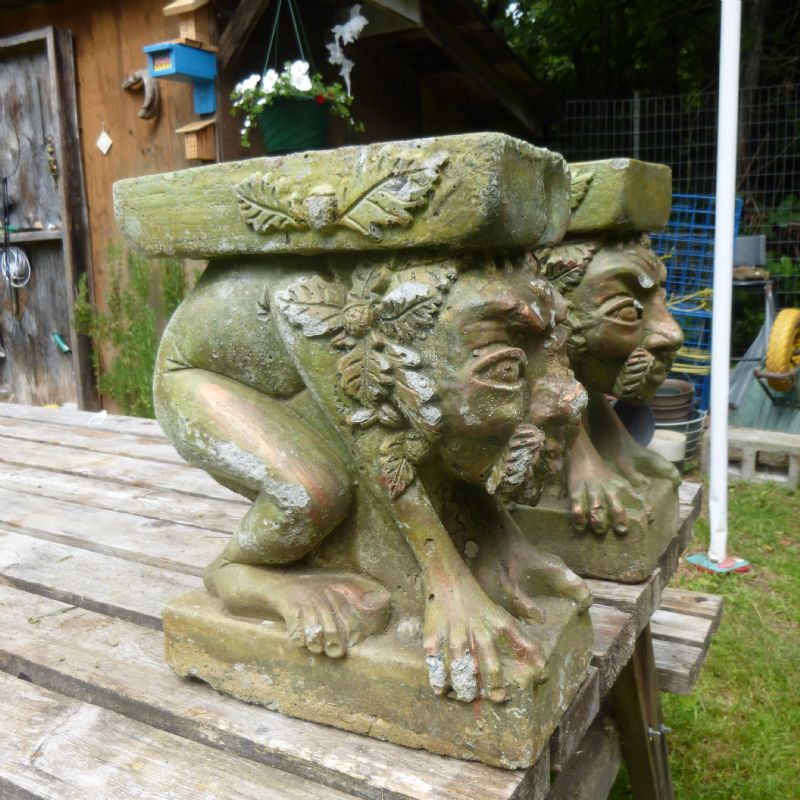