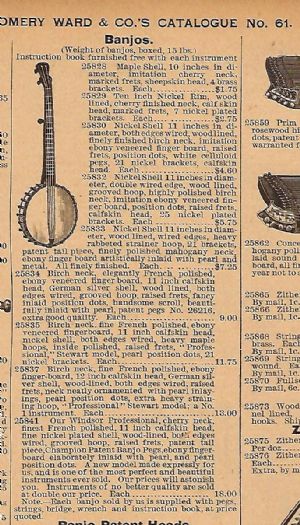 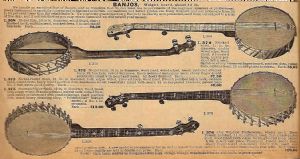 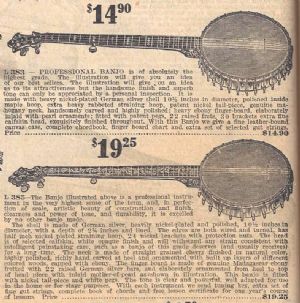 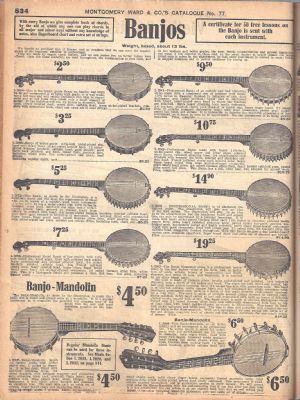 Yes, that is the peghead used on Bill Bowen banjos.

Re: "Steward" banjos, the 1894 Sears, Roebuck & Co. catalog offered the same banjo with "birch neck". I feel 99% sure that this is not an actual S. S. Stewart made banjo but rather a "Steward Model" (wink, wink-- nudge, nudge).

I've seen early Stewarts with walnut and maple necks, but once he committed to cherry that was it (except for rare examples of fancy woods). I seriously doubt that he would have used birch. Also, why would they get the name wrong?"

So I am thinking that "Steward Model" is sort of like "Masterclone"-- based on or loosely copying the overall pattern. 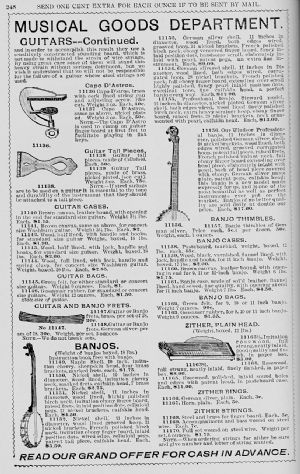 quote:Hi John and Joel, I have one of those MW Windsor banjos #25841 in the catalog - nice banjo and almost identical to a L&H Mystic banjo that I also have  -  cheers  JohnOriginally posted by beezaboy

John Firth-Smith
John - I think the M/W Windsor banjo is probably quite scarce. I have some photos of one. You are lucky to have one. Congrats. 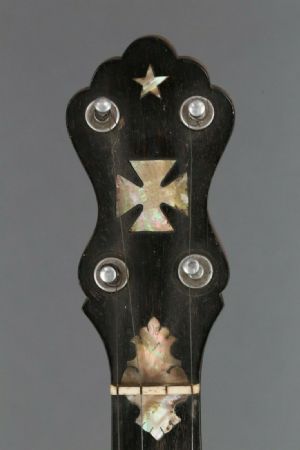 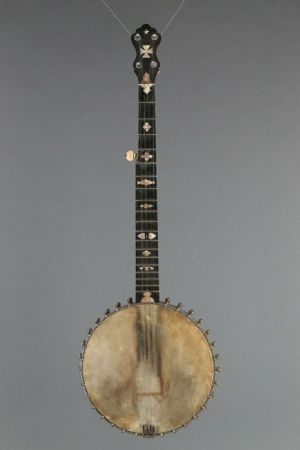 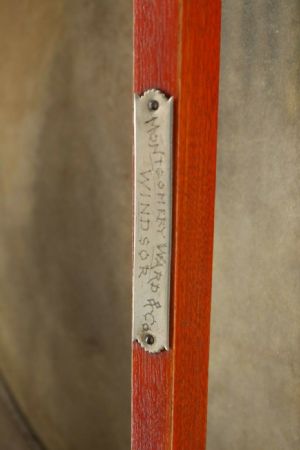 'Could someone help me identify my banjo' 57 min