Good dark and early morning from Kingston, Ontario. It's a balmy 0C, remaining pretty much the same throughout today. The road is white with a dusting of snow. "They" say we may get 2 to 4 cm.

Pic: yet another drive by on Highway 2 (actually County Road 2, but old habits die hard). I guess I'll take the posting for this week. Looking for someone else for next week. 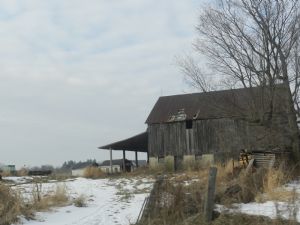 These birds were photographed down at Tharwa Sandwash on the nearby Murrumbidgee River.

The Dollarbird (DB) so named for the "silver dollars" on its wings. Both it and the Rainbow Bee-eater (RBE) use a feeding strategy known as "hawking". They perch high up on a branch or power/comms wire, dart out to grab an insect, then return to the same perch to eat it. The RBE is immune to a bee's venom, but they still prefer to remove the sting by rubbing it against the perch. They shut their eyes as they do this to avoid venom being squirted into them.

Have a terrific day/evening all.

Good morning from the shore of Lake Michigan. 35F and a light dusting of snow!? What a contrast. Have a great day everyone.

Good Morning from Northeast Wisconsin. Another overcast day for watching football to see who plays the Packers next weekend. Interesting that both candidates will be from warm southern places. It will be interesting how they react to an open stadium, snow and cooler temps.
Keep safe, keep warm and we will get over this.

Good morning for stringing up a friend's ukelele.

Good morning from NE Ohio. A little snowy. Dogs love to play in it. Have a great day, all.

'What do I have here? (Hypothesis: Leedy Prototype?)' 57 min

'What do I have here? (Hypothesis: Washburn Improved?)' 1 hr