What banjo today comes close to the Scruggs mastertone sound?

Just curious about what people would recommend here on buying a banjo that comes close to the sound that Earl Scruggs' banjo produced? Budget not an issue...thankfully.

Just curious about what people would recommend here on buying a banjo that comes close to the sound that Earl Scruggs' banjo produced? Budget not an issue...thankfully.

Does Earl's right hand come with the instrument? Do the recording consoles?

Seriously, there are lots of terrific banjos that get built today. But an awful lot of what we know of Earl's sound is due to his technique and the gear that recorded him. That's how we know his sound.

Personal opinion, understanding that more than the banjo goes into the “Earl sound.”
Were I buying a new banjo to set up to duplicate that sound as best I could, I’d get a Huber. Others will disagree of course, but imo, Hubers can be set up to produce that sound; the rest is up to you. Noting what Skip said above (and he’s correct), the sound your ear hears as “Earl’s” varies tremendously according to the date and nature of the recording. Many of his “classic” recordings were made with a calfskin head on the banjo, another thing to consider.

I think Earl started playing when he was 4 years old. I'd start there. Seriously, we are in a time when there are some great choices for banjos, especially if budget is not a limiting factor. When I recently purchased a banjo, I spent lots of time reading reviews and the maker's info, and listening to many demos on You tube. I decided on a Nechville Phantom. I don't believe if I had another hundred years that I'd ever be able to play like Earl.

I'm no expert on this, having never owned a Gibson and being after a different sound for myself, but I've been told be a highly knowledgeable source that Bales banjos are very close. They seem to no longer be available new, but they do pop up used.

only one answer as j.d.told me has to be a pre war, good luck trying to find that sound, joe

If budget is truly not an issue, a pre-war Granada flat head one piece flanger with a maple neck for Earl's "earlier" sound, but be sure to use a skin head! For his post 1960 sound a mahogany neck and a plastic head. For his post 1980 sound, a maple neck.

However, as others have said, Earl playing ANY good banjo would have the "Earl sound". He sounded just like himself playing his Vega Earl Scruggs Custom Deluxe model.

For the regular pilgrim, I'd point them to an early period Gibson Earl Scruggs Standard or 49 Classic. Really they are fine banjos.

You have touched on a topic that has been talked about since the 60s . Its like searching for the holy grail. So what banjo other than an original pre war mastertone has as close as possible that sound? Much good advice has already been given. Id have to say listen to players whose sound you like ,who DON'T play a pre war , and find out what they DO play and start from there

The "Earl sound" came from his hand as said above. He recorded on more than one banjo and all had that sound. I have played two banjos from the same batch as his and neither sounded like Earl with me playing them.
I would look at Yates, Huber, and Sullivan V35 models to come close if wanting a new banjo. None will equal a good true prewar if you want to go original, in my opinion.

Thanks to all who replied. I knew I should have put in my original post that I know the sound produced by Earl was due in large part to his expertise and the gear used for recording. I will feel more secure purchasing new rather than seeking a used instrument. I am grateful for all your input. I have always liked the Hubers. I will also check out Yates and Sullivan.

Looks like I'm "really talking about a budget." !!! Thanks. I'll look at the Huber!

I do not get this obsession, and personally, I don't want to. I came from the classical world, and my undergrad teacher sounded completely different than my teacher in grad school. And guess what? It was okay. They were both fantastic musicians.

Nobody in the woodwind world picks just one player and tries to emulate them. If they do, they're not getting too far.

To my ears, I think the Yates SkilletHead, really has a great tone.
I had one. It was the best 5-string I ever owned.
I sold it because I changed to 6-string Banjo.
There are a lot of recordings you can check out on YouTube.

Itâs not the size of the dog in the fight

Go ahead buy banjo âby the poundâ they all sound the same
These banjos are not changing with the audience and the future kids might not understand hair splitting in a tiny niche market
Besides the chocolate drops, find me a bluegrass band of âcolorâ
Thatâs the future
My dog can tell the difference 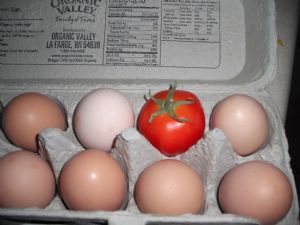 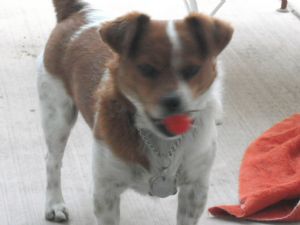 Keep in mind that Hubers have narrow necks. To some players that can be an issue. Also, the fretboards are flush to head, which causes the strings to be close to the head when picking close to the fretboard, as opposed to some models which have a raised fretboard allowing more clearance for picking.

I had a Gibson TB-3 that Steve Huber converted, and didnât like the sound as much as a VRBG in a side by side comparison. I sold the Gibson and asked Steve to build me one. Iâve had it for about a year and I donât feel like Iâm missing anything.

Lots of world-class banjos these days.
A pre war Granada is worth more,but doesn't command a better sound than any well made Mastertone style banjo,in my opinion.
My '29 TB-2 with its Cox double conversion sounds as fine as any good banjo.

This one comes pretty close in Charlie’s hands. Pro’ly a prewar Mastertone but couldn’t swear to that; just wanted to share a video of a great Indian with a great arrow.
youtu.be/rZkPNL8E77Q
Cheers,
Quagmire

I'm no expert on this, having never owned a Gibson and being after a different sound for myself, but I've been told be a highly knowledgeable source that Bales banjos are very close. They seem to no longer be available new, but they do pop up used.

Not heard of Bales Banjo before but they do sound very good. Notice in the video there are differnt Bales banjo models,  different pickers and all have a monster tone, could be down to the recording equipment and room acoustics because I have watched other Bales banjo videos and they sound a bit dull in comparison

Itâs generally 80% the player and 20% the equipment but having said that, I think the closest thing to that sound in a new banjo is a Huber. Go to iTunes and download the album âTeam Flathead - The Huber Banjos Sessionsâ and youâll hear it. Hubers can be ordered with wider necks. Setup also plays a big role, no matter which banjo and Steve Huber is an expert. He has a great setup DVD available on his website. Another suggestion would be to talk to Geoff Hohwald at Banjo Warehouse. Geoff is a super nice guy (so is Steve) and they both can provide great recommendations if youâre in the market for a new banjo. There are lots of good prewar conversions out there that sound great as well.

He switched to synthetic heads around that time.

I think the skin sounded better, but it was all good.

I used to own a (postwar) Recording King/Kalamazoo (prewar Gibson rim) hybrid that was pretty much THE banjo in terms of EVERYTHING for me. You would be hard pressed to find another one which sounded as good.

Like the fool that I was, I sold it and have deeply regretted it ever since.

'I Had a Strike and selling my Collection mostly banjos!' 2 hrs