Does anyone know the history of this beautiful banjo

Just purchased this beautiful Banjo from a nearby thrift store. I want wondering if anyone know anything about the make/model. Thank you! 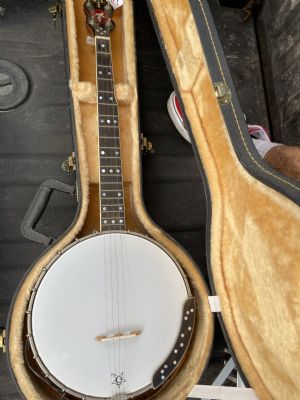 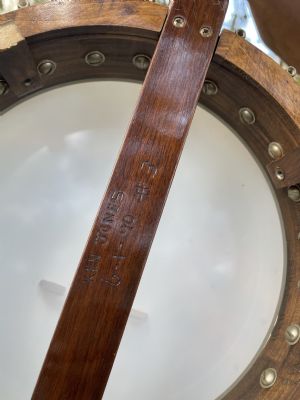 It's a left-handed banjo, it's missing the 5th string tuner, it is an open-back, and was most likely built by / or for a Ken Jones in 1990

Typically most banjo players are likely to have found their way to BHO at some point.

Using the member search there are two Kenneth Jones listed. One described in 2007 that he had only been playing a year. So that's him out. The other has been playing since 1965 and his last visit to BHO was in 2012. His instrument description list doesn't include a banjo like the one you have, but by 2012 he could already have sold it?

The inscribed #3 next to the name on the pole suggest to me that Ken Jones was the occasional maker. In addition to the very homespun inscription, there are idiosyncratic clues in the photo that the build (the inlay design, neck/pole fit and the two screws) that the banjo was likely a home build. The inlays and neck edging are nicely done. Can you make out a significance of the imagery of the red headstock inlay? It is quite prominent and may suggest a connection to the builder/owner. A southpaw banjo player who 30 years ago decided that the easiest way to acquire left-handed banjos was to make them yourself?


The frosted five star head is more typical of a bluegrass player and what appear to be crude fixings inside the rim for a resonator suggest your open back was originally a resonator banjo. Their crudeness contrast oddly with the standard of the rest of the build.

That said, Ken Jones is a fairly common name and as the one you are trying to find out about owned your banjo in 1990 he may have passed on before BHO was in existence. Any subsequent owner who is a member here would instantly recognise your banjo.

I tried looking for "musician Ken Jones" found this image 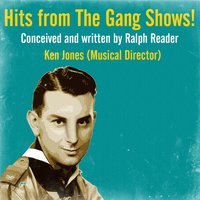 and a page in Russian.

Sorry not to be able to help more than that.

'The Wind that Shakes the Barley' 6 hrs