These are the 10 First Place winners in the International Pun Contest. Enjoy!

1. A vulture boards an airplane, carrying two dead raccoons. The stewardess looks at him and says, "I'm sorry, sir, only one carrion allowed per passenger."

2. Two fish swim into a concrete wall. The one turns to the other and says: "Dam!".

3. Two Eskimos sitting in a kayak were chilly, so they lit a fire in the craft. Not surprisingly, it sank, proving once again that you can't have your kayak and heat it too.

4. Two hydrogen atoms meet. One says "I've lost my electron." The other says "Are you sure?" The first replies "Yes, I'm positive."

5. Did you hear about the Buddhist who refused Novocain during a root canal? His goal:transcend dental medication.

6. A group of chess enthusiasts checked into a hotel and were standing in the lobby discussing their recent tournament victories.After about an hour, the manager came out of the office and asked them to disperse. "But why?" they asked, as they moved off.

"Because", he said, "I can't stand chess-nuts boasting in an open foyer."

8. Friars behind on their belfry payments opened a small florist shop to raise funds. Since everyone liked to buy flowers from the men of God, a rival florist across town thought the competition was unfair.

He asked the good fathers to close down, but they would not. So,the rival florist hired Hugh MacTaggart, a thug in town to "persuade"them to close. Hugh beat up the friars and trashed their store, saying he'd be back if they didn't close up shop. Terrified, they did so, thereby proving that: Only Hugh, can prevent florist friars.

9. Mahatma Gandhi, as you know, walked barefoot most of the time, which produced an impressive set of calluses on his feet. He also ate very little, which made him rather frail and with his odd diet, he suffered from bad breath. This made him .(Oh, man, this is so bad, it's good).....A super calloused fragile mystic vexed by halitosis.

10. And finally, there was the person who sent ten different puns to friends, with the hope that at least one of the puns would make them laugh.   No pun in ten did!

A priest, a pastor and a rabbi walk into a bar and soon begin arguing over whoâs the best at what they do.

Eventually they decide that in order to prove whoâs the best, they would all go out alone into the woods and convert a bear to their respective religion.

A few weeks later.. they meet up at the bar and the priest announces, "I found a bear by the river and started talking to him about the Lord. He liked it so much that he now comes to mass every week."

The pastor says, "Well, I saw a bear in the clearing. I started reading him the bible and he loved it so much that he is now going to be baptized in about a week."

The priest and the pastor turn to look at the rabbi, who now has a broken arm, a fractured collarbone and several cuts and bruises. The rabbi says, You know what, looking back.. maybe I shouldn't have started with a circumcision

Many years ago, my wife and I watched a special on the young Royal family: Charles, Diana and their two children William and Harry, then around five and eight years old. The boys were playing with a pet rabbit, and my wife remarked that, given the family's wealth and prestige, they could surely afford one animal for each of their sons. To which I replied: "Oh, they have lots of rabbits. That one is merely the hare apparent!"

I thought you said Pub anyone? if the blinking things were open I could murder a pint!

#9: Marry Poppins: "supercalifragilisticexpialadocious"   [E&OE as that's without looking it up.]

Edit: Ooops, looks like I was too slow on the draw; thanks, Jonty.

one is a song from Mary Poppins, and the other is a wild fire campign from the 1940's 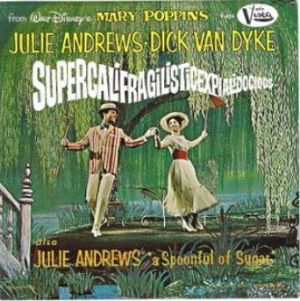 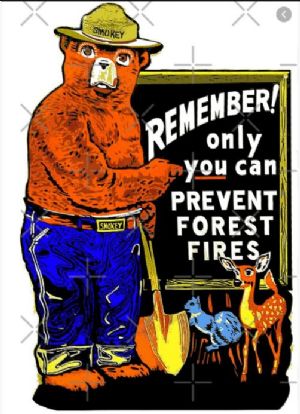 I always take an extra pair of pants when I golf.
In case I get a "hole in one".

The Dalai Lama phoned for a pizza. He said, "Make me one with everything!" 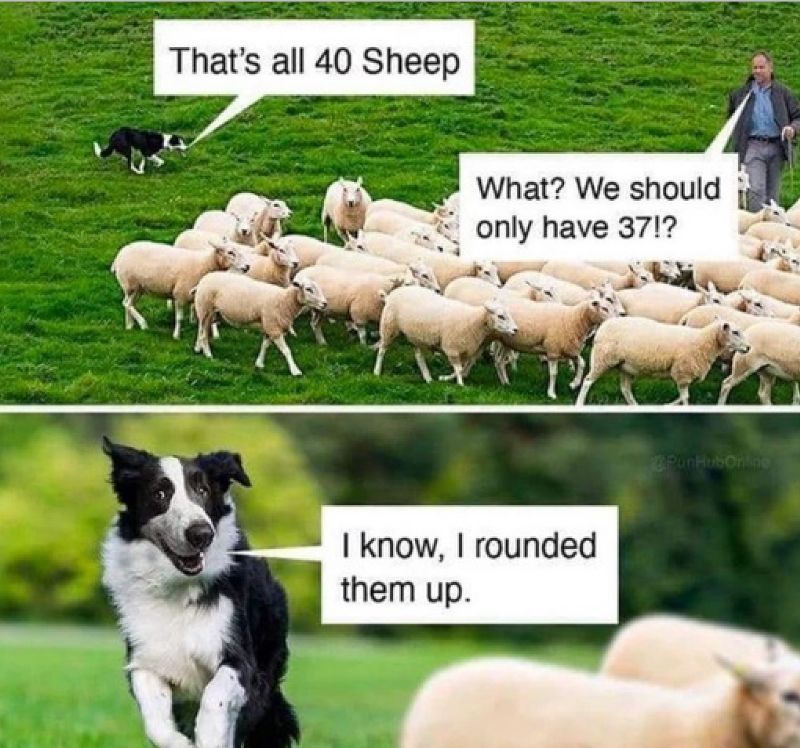 Banjoeaux Bob , sent me this one just today:

Don't blame others for the road you've taken in life.

Admit that it's your own asphalt!

to which I replied:
Have you any concrete evidence for your claim? 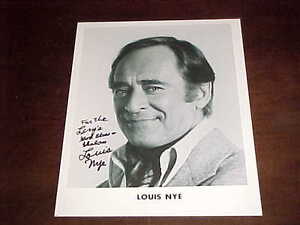 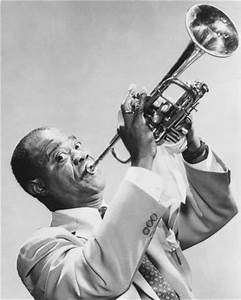 A Nye four A Nye, and a toot four A toot!

There was an old man named McBride
who fell down an outhouse and died.
He had a brother, who fell down another...
and now they're interred side-by-side.

A man was sitting at a bar when he heard a small voice say âNice haircutâ. He looked around but no one was nearby. Moments later the voice said âI like your sweaterâ.

Thinking he was losing his mind, the man called the bartender over and told him what was happening. The barkeep said, âOh, thatâs the peanuts, theyâre complimentary.â

Why do the Norwegian navy ships all have vertical black stripes in varying widths painted on them?

Thanks for that. Brought back fond memories. It was the joke I was thrown out of a maths lesson for telling to the boy at the next desk in 1968.

Outside a small Macedonian village close to the border between Greece and strife-torn Yugoslavia, a lone Orthodox nun keeps quiet watch over a silent convent. She is the last caretaker of a site of significant historical developments spanning more than 2,000 years. When Sister Maria Cyrilla of the Order of the Perpetual Vigil dies, the convent of St. Elias will be closed by the Eastern Orthodox Patriarch of Macedonia. However, that isn't likely to happen soon, as Sister Maria, 53, enjoys excellent health. By her own estimate, she walks 10 miles daily about the grounds of the convent, land which once served as a base for the army of Attila the Hun.

In more ancient times, a Greek temple to Eros, the god of love, occupied the hilltop site. Historians say that Attila took over the old temple in 439 A.D. and used it as a base for his marauding army.

The Huns are believed to have first collected and then destroyed a large collection of Greek legal writs at the site. It is believed that Attila wanted to study the Greek legal system and had the writs and other documents brought to the temple. Scholars differ on why he had the valuable documents destroyed - either because he was barely literate and couldn't read or because they provided evidence of democratic government that did not square with his own notion of rule by an all-powerful tyrant.

When the Greek Church took over the site in the 15th Century and the convent was built, church leaders ordered the pagan statue of Eros destroyed, so another ancient Greek treasure was lost. Today, there is only the lone sister, watching over the old Hun base, amidst the strife of war-torn Yugoslavia, and when she is no longer, the story will be over.

That's how it ends: No writs, no Huns, no Eros, and nun left on base.

Alexander the Great needed a method to coordinate the attacks of his armies. They found that the berries of a certain tree would dye fabric red and then fade away over several hours. They dyed strips of fabric over intervals and tied them to Alexanderâs wrist which allowed to send in his fighters on cue.

Thus was the start of Alexanderâs Rag Time Band

Where do generals keep their armies?

There was a Buddhist monk who had a toothache, so he went to the dentist.  The dentist told the monk that he
needed oral surgery to fix the tooth.  The monk agreed, but told the dentist NOT to use novocaine.
The dentist asked why? - -  and the monk replied "Because I want to transcend dental medication".

No! No! No!     But I will concede that one has to listen very carefully to hear the diff between "w'ere's" and "wears."

But one thing's certain...  a joke surely loses it's oommph when it's gotta be explained.  Actually the whole thing comes about because you English guys aren't speaking [writing ??] "real" English.  So There!!

'The L in Slingerland' 2 hrs