I can’t remember if I had the thought beforehand or not, but a former customer asked if it could be possible to cut the rear round portion of a bottle gourd flat and tack an extra head to it to make it more comfortable to play without it wanting to roll and/or slide around in one’s lap as most round gourds tend to do, unless cradled in your lap by crossing your leg so it sits between the thigh, forearm, and belly, or implementing a piece of rubber drawer liner to lay under it. This idea had been stewing in my mind since January, and I finally had a chance to build it (and get it out of my system lol).

Most will recall the flat-back banjo made by David Hyatt and exclusively played by Adam Hurt, featured on his “Earth Tones” album. The gourd on that banjo was grown in a wooden frame to make it flat. I basically modeled this banjo after that one. Having the extra head does give it more resonance, and to me a more crispness at the end of each note. It also allows it to be thinner in depth, making it brighter and along the lines of some shallower canteen gourds that I’ve used. You could also say this emulates some minstrel banjos of the day that had a second head tacked to the rear of the rim, as well as drums having two opposing heads.

24” scale three-piece cherry neck with walnut center strip, walnut fingerboard and peghead overlay. Pegheds tuning pegs. Been doing the heel and dowel as one piece on the last couple builds as well as for this one. 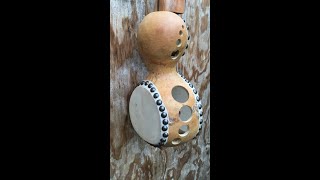 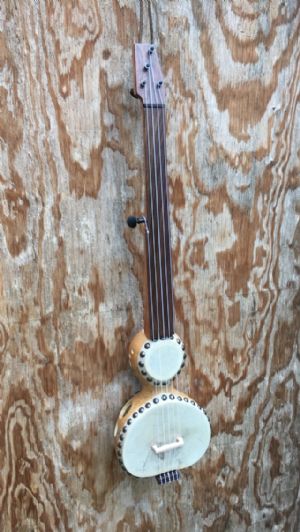 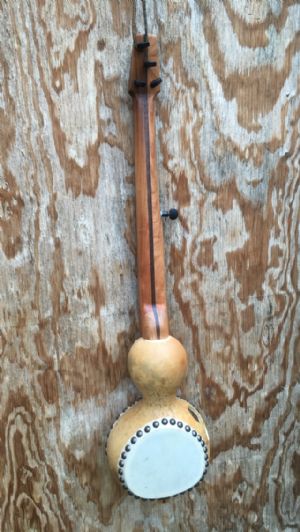 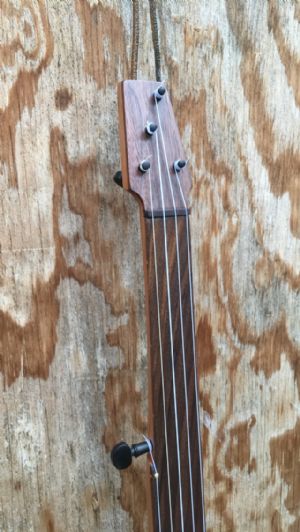 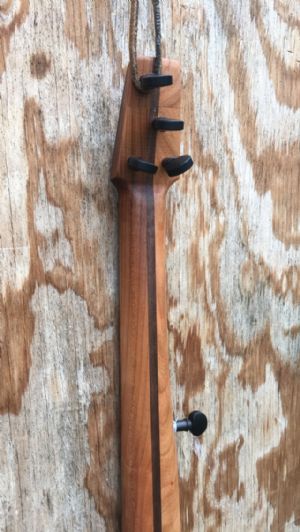 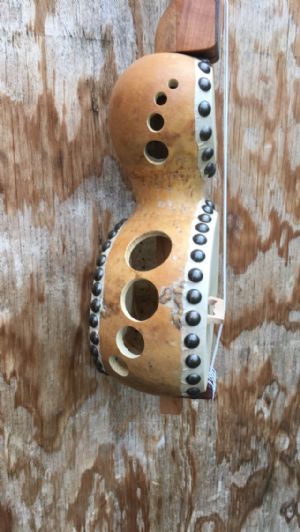 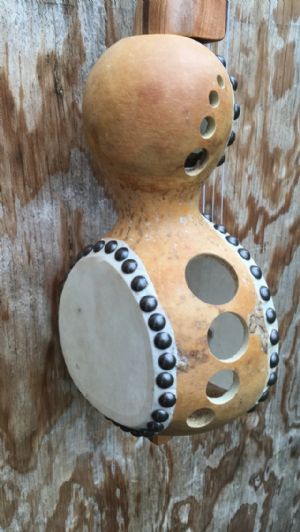