I am wondering if anyone can help me identify this Vega labeled banjo. TIA 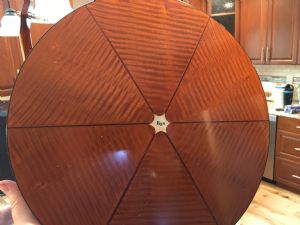 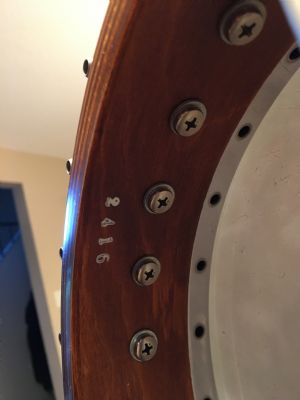 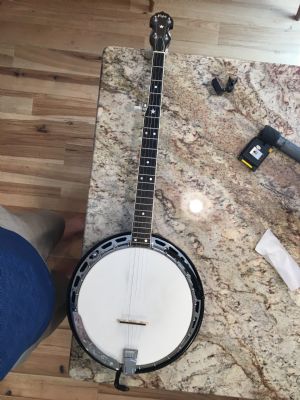 Galaxy era made in Japan.

1970s and later I believe. Maybe even 1980s or later. After Martin turned loose of Vega.

This Vega banjo is from the late CF Martin period. Martin sold the Vega name to Galaxy Trading on March, 1979. This banjo was made before the sale. The model is Tubaphone NO 2-5, though there may have been a different designation for the resonator version.

In the late Vega/Martin period, Martin was sending the unfinished banjos to Japan for final assembly. I am not sure how that made economic sense, but may have had something to do with the strike of the 1970s when there was a shortage of labor.

I highly recommend you send pictures to Barry at Banjo Rehab Center. He has solid documentation of Martin made Vega instruments and can tell you the year of manufacture. When Barry replies, please post what he says on this forum page. All of us responding  to your request are interested.

Barry is a great resource. He helped me pinpoint my 1974 Vega Martin which was interesting to learn about. According to Barry mine was one of five VIP's made that year.

Thanks for all of the info and advice! I did contact Barry and this is what he had to say:

"Your banjo appears to be a hybrid assembled sometime in the 1980`s after C. F. Martin sold the Vega franchise overseas to the Galaxy conglomerate in 1979. The Vega line was then marketed in the USA by TMC Company (Targ & Dinner 20 Century Music Company). Your banjo neck is from a Martin Tu-Ba-Phone 5-string banjo as advertised in a Martin flyer circa 1978, and the pot also looks like a left-over rim inherited from the Nazareth, PA, company. TMC marketed this standard neck Tu-Ba-Phone banjo as item No. VT2NRC in its 1979 catalogue, and Galaxy went bankrupt in a few years. The fascinating wooden pie (sectioned) resonator is probably inherited from the Boston era Vega inventory. The Vega Company reportedly introduced the first wooden sectioned "pie" resonator in mid 1923 for their Vega Professional 4-stringer. This unique style resonator was very popular for many years, and it still has value as a vintage part. It is not to be confused with the metal pie plate or "hubcap" resonator manufactured by Elton in the 1930`s. Deering purchase the Vega franchise in 1989 restoring the line to greatness. In recent years, Deering recreated and markets its own Vega Professional 4-stringer model with a classic wooden pie sectioned resonator. Hopes this helps. Be safe, be well, keep on picking. Barry"

Based on the info in your post above this one, that sounds like a very interesting Vega. Looks to be in great shape, too. Worth keeping...!

'Sort by format in the tab library' 1 hr

'The Devil and Bailiff McGlynn' 1 hr