5.1 quake hit in sparta nc about an hour ago

sitting here at command central in the basement and the chair shook hard,,thought the wife had snuck up behind me and shook it,,but nobody was there. found out a 5.1 hit up the road in sparta nc about 70 miles NE of me... said it was felt down to alabama.

I'm south of you in Fayetteville. I didn't feel anything. Maybe it's because I'm so used to artillery rounds shaking the earth from ft bragg.

Earthquakes, floods, hurricanes, plagues, wars and rumors of wars. Hmmmm. Why does this sound familiar? Wait a minute, 4 men on horses just rode by.

Well, now that you mention it, I'm pretty certain the anti-christ is making an appearance ...

Are we allowed to make jokes about religions?

On or about Easter, I posted the attached image.

The Bible says that when the women arrived at the tomb, they were told that Jesus was no longer there.

The image I posted does not deny the Resurrection, and yet, I was publicly scolded on the HangOut for having posted the image,which gives a very similar message to the one given to the women at the tomb.

Either ALL religions are fair targets for humor, or NONE are. 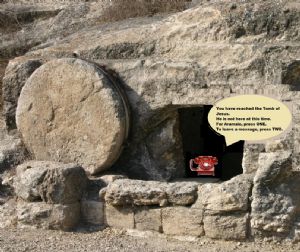 From what I've been able to glean regarding R or P, there's a difference between alluding to, or directly referring to. Hard to know while walking the line, but when you tumble to the wrong side you'll be told. No way to know in advance.

We don't think of the southeast as being earthquake territory, but there have been some large quakes in this part of the country. The New Madrid seismic zone in Arkansas, Missouri, and west Tennessee produced four quakes with magnitudes in the 7's in 1811 and 1812, and an estimated 6.6 in 1895.

Closer to my home, we had a 4.6 in 2003 that shook my neighborhood quite a bit. That one was in what is called the East Tennessee seismic zone. Today's North Carolina quake is in the same seismic zone.

Funny thing about that 2003 quake.  It hit just before 5 AM local time.  My cat started to squall and woke me up couple of minutes before the quake hit.  She knew it was coming . . .

For decades, the Chinese have been watching rural livestock animals for unusual signs of activity which appear to presage an earthquake. Not yet known what they sense. Electrical? Mechanical?

I don't know, but she knew. It was not her habit to be awake at 5 AM.
Those of you near the epicenter, check your foundations . . .

You wouldn't settle for anything less than a 6.  Talkin' earthquakes.

I hereby declare all of you in the quake zone to be honorary Californians. 5.1 is a real quake, to be sure, but hope you never get one above 6.

I rode through a couple of them in Japan back in '72. A few years ago we were vacationing down in NW Arkansas and there was a light 'quake over in nearby OK. We were watching the 10 PM news as the female anchor was talking about it, when suddenly she sez' "OMG, it's another one!" Perfect timing for the aftershock.

Well, history shows that a 6 or much greater is certainly possible here.
By the way, California is now several years overdue for a very large quake.

....By the way, California is now several years overdue for a very large quake.

Trust me, we are all too aware of that. I’m lucky to be in a low-risk zone. Floods are probably more of a risk here. The New Madrid zone is also overdue for a big quake.

....By the way, California is now several years overdue for a very large quake.

Trust me, we are all too aware of that. I’m lucky to be in a low-risk zone. Floods are probably more of a risk here. The New Madrid zone is also overdue for a big quake. 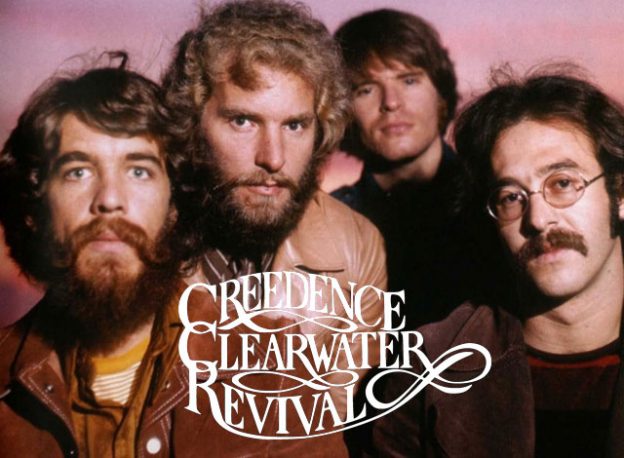 Creedence tended to be John Fogerty and three other guys. Heâs one of the great talents of rock.

Creedence tended to be John Fogerty and three other guys. He’s one of the great talents of rock.

yeah it was,, but it was a shame him and his brother tom never reconciled before tom died.

As far as animals sensing natural problems, there is a Japanese island full of cats. When they sense a tsunami, they head for "high ground". I live on the gulf coast, and some years back I did not see any birds at my feeder. I wondered what was wrong. Several days later I found out why. Hurricane Ivan hit this area.

'Angel of the Night - the Steeldrivers' 2 hrs