I think I'm less racist by having gotten out and seeing different parts of the world in the army and living in Providence RI for a couple of years.

If I had stayed on my boat all my life and never got away from home I don't think my outlook would have been this balanced.

If I met an alien I'd offer he,she or it some chowder and then ask for a ride in their ship and could I please fly it just a little.

If he was here for vacation, it would be o.k., but if he came here to take our jobs, I don't think I'd like it too much. That said, I don't mind illegal aliens or undocumented workers at all. But I draw the line at people from other planets - unless they're really good looking or have some really nice presents, like a brand new ray gun, or a cool space ship, etc.

You'd have to communicate with this being through the only universal language, mathematics.
At that point there's no way to communicate 'racism', a made-up subjective human feeling.

A being from a civilization who has mastered interstellar space travel would inherently have to be way beyond the petty nonsense of us earthlings (racism, war, infighting, factionalism) in order to mobilize the immense capital/time/knowledge/industry needed to master and use said space travel.

Lastly, should we make contact with such a being, he/she/it would also be a true cosmopolitan, or 'citizen of the cosmos'. At that point, again, racism towards he/she/it makes zero sense as our insignificant little rock in space means nothing in the immense scheme of the cosmos nor do we, descendants of apes who still haven't unlocked half of the natural world's wonders (such as travelling at the speed of light). We would all be cosmic neighbors. And we all know picking fights with the neighbor is no way to live a peaceful life.

I would hope whether the being was alien, foreign, illegal, or whatever, that I would try to treat them with kindness and respect until and unless I found out they were here to cause problems.

Before anything.... Iâd have to ask him- â is it better at your place than it is here?

We have been hard-wired to feel more positive about beings which look MORE like us.

That is the core of tribalism and/or racism.

We are also hard-wired to feel "nicer" towards beings which look like BABIES, with a large eye-to-face ratio.
Babies, kittens, puppies, Keane paintings. 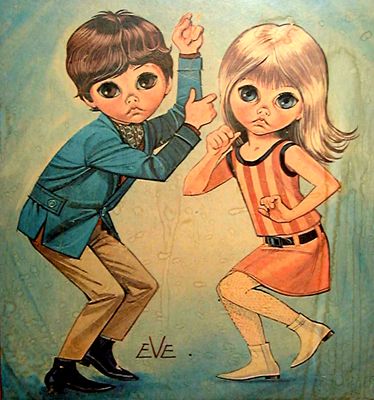 SPIDERS have MORE eyes, but they are SMALL eyes!

I'd play 'em a tune and see if they wanted to jam.
Maybe we'd speak of rhythm and timing.

* = when we worked on the fly-in reserves, it wasn't uncommon to hear the situations described as "it's a totally different world."

I would be very nice to them if they were here TO SERVE MAN (only people of a certain age will understand).

Of course, I'd have to see the book in English translation first.

Well, on my planet..

i would tell him ,,, dude this place is a mess, if you know whats good for you,,, you might try venus instead . you got room for 2 ?

If it was meant for beings of the cosmos to interact the planets wouldn't be so far from one another. Just my opinion. Like Steven Hawkins said and I paraphrase. We better be careful of whom we are inviting to visit us it might not be in our best interest.

Why would they like to visit with us?
We puke and fight amongst ourselves.

Since they have the technology to get here,
I can only imagine that they can and will take all the resources they need.
Good planet for mining water.

We can't communicate with any species other than a few primates.
Good luck.

I think they will be found at Walmart first, trying to mingle in without being noticed.  :)

I think they will be found at Walmart first, trying to mingle in without being noticed.  :)

well you  are correct,,,  you see the whole gamut of the human race there ,, and some that may not be human

I do not think any intergalactic travelers would come this far just to make new friends.

Why would they like to visit with us?
We puke and fight amongst ourselves.

Since they have the technology to get here,
I can only imagine that they can and will take all the resources they need.
Good planet for mining water.

We can't communicate with any species other than a few primates.
Good luck.

Well, if properly prepared along with a nice Chardonnay I'm sure we'd get along just fine...

...call me an Earthist, I don't care. I do feel superior to Martians and those from the region of Alpha Centauri