Hello, Iâm deciding between two âbeginnerâ banjos. Iâve narrowed it down to the Jameson 5 string closed back, or the Fender 5 string.
Any information or advice is appreciated.
This will be a gift for an experienced guitar player but a newbie to the banjo.
Thanks so much.

Can you tell us what model Fender you are looking at? I used to own a Fender FB54. Looks like Jameson just has one model.

These are almost the same banjo. Although I believe the Jameson has 24 hooks and the Fender 16. I'm not sure how much difference that makes with these cheap banjos. What price are these?

See my private message. The NEW MODEL Jameson is $199 with free shipping on Reverb - cant beat it for the $$.

I clicked and it says out of
Stock. ??

They look like the same instrument, differing only in name. That happens all the time with Chinese-made banjos.

If these are your choice, go for the lowest price.

Something better but still within your budget might be available used. But I appreciate that buying used can be tough.

Thank you. I guess Iâll go for
The Fender. I donât imagine 16 bracket vs 24 will make a difference at this price point. Iâve looked into Epiphone 200 as well but canât find one. Also the Deering but would like to have closed back for the option

At $300 I would be looking around the second market for something better. Perhaps a Goldtone AC1, perhaps a Recording King Dirty Thirties model. I wouldn't be spending over $200 on such basic models.

So...there are some reviews of the Fender model you are looking at (check under the "More" tab on the upper left hand side of the page). Looks like the tuners are a weak component on this banjo. Seems like that model has been out awhile (at least 15 years), but that doesn't make it rare or collectable, nor does it add to it's value. I don't think the asking price is a good deal, but that's just my opinion. Jameson? Fender? Probably a coin toss.

This is all very helpful. Thank you. I feel Iâm back at square one. I canât go over $300 which I know wonât give me anything decent. Back to the drawing board.

If it's truly back to square one, take a look at this Recording King, $299 with shipping, gig bag, instructional material, etc.

It's got to be better than the Jamesons, which up until a few months ago you could get on Amazon for $159. I think the Gold Tone AC-1 suggested by the gentleman from the UK would also be a good choice.

Makes sense. Ok. Do you like the Epiphone? I canât find 200 anywhere but is the 100 along same lines? if I canât find the Recording King or Gold Tone w resonator?

Makes sense. Ok. Do you like the Epiphone? I can’t find 200 anywhere but is the 100 along same lines? if I can’t find the Recording King or Gold Tone w resonator?

People were not paying attention to your original post and suggested open back banjos instead of resonator models. And they may have pointed you to things that are not available. People mean well, but it does little good to suggest a hard-to-find or unavailable instrument to someone who is looking to buy now or very soon.

For example, the Gold Tone AC-1 at around $219 is an award winning and very well reviewed beginners instrument. It's open back. The matching resonator kit is only $79 on the Gold Tone website. But it's unavailable and they don't know when it will be available. So there you are.

The Recording King Dirty Thirties resonator banjo is a good beginner's instrument. It currently costs at least $400.  There are not a whole of used ones available yet.

It's possible the Jameson did cost under $200 recently. But no one identifiable online appears to be selling it for that price today. If you need one soon and you can only find it for $300, that may be what you need to spend.

Something is happening at the low end of new banjos and I don't know what it is.

This 1970s "Ventura" banjo from Japan would be an excellent buy if you can win the auction for $300 or less shipped. These are great beginners instruments. I had an "Aria" branded version in 1972.

This 1970s "Alvarez" is a later version from the same maker as the Ventura. It has some upgrades (tuners). I think the seller is asking too much. If you're interested, there's no harm in offering him the most you can afford. The worst he can do is say no.

Unfortunately, there are not many of these on the market right now.

Yes, thank you. I would prefer a resonator. I’ve now been looking At the Epiphone (I can only find 100s so I’m not sure) and the Recording King. But as you mentioned, With resonator that is pushing me to the $500 range. Frustrating yet understood. The goodtimes are also only open back in my range.
Thank you for your reply.
I’m looking everywhere for a “quality” beginner w resonator around $300 or less. Maybe I should have led w that instead of murking the waters w subpar (unbeknownst to me at the time) brands.
I greatly appreciate the help. Hellbent to find a good one.

I’m looking everywhere for a “quality” beginner w resonator around $300 or less.

You are looking for something that is in very short supply and is on the verge of not existing. New or used.

This Oscar Schmidt for $250 on eBay appears to be similar to the Jameson.

This used Mastercraft on eBay strikes me as better. Plus, it's Buy Now or Make Offer, so you could get it for even less than the asking price.

And here's an Ibanez for $300 that looks to be the same banjo as the Jameson and Oscar Schmidt.

Something is happening at the low end of new banjos and I don't know what it is.

My guess is that the Coronavirus pandemic has affected production and exports from China.

As others have noted, that Jameson and that Fender are likely the same banjo with slightly different finishes and sold under different names. I've seen a bunch of each in the hands of students. Candidly, I didn't think much of either. The Fenders, showed dismal quality control; more than half of the ones I saw had significant fit, finish and sometimes structural issues. The Jamesons were SLIGHTLY better, but I saw fewer of those and that may have just been luck. I think you'd be better off buying a used bottlecap banjo for around $100.

Old Hickory made an excellent suggestion with the Gold Tone AC1, if you can find one. In the $300-new range I don't think it's possible to do better. The neck is very comfortable to play, and they sound surprisingly good for what is essentially a plastic pot. They ARE somewhat neck heavy, so make sure you get a strap.

Thanks so much. Reverb has a RK dirty 30s resonator for $350 w free shipping.
Before I go for it, Iâll look at a few of the aforementioned options/recommendations including the AC-1.

Thanks so much. Reverb has a RK dirty 30s resonator for $350 w free shipping.
Before I go for it, I’ll look at a few of the aforementioned options/recommendations including the AC-1.

I think the AC-1 would be a good choice. I would have mentioned it before, but the resonator version is a bit above your $300 limit.

Hi. I do rim changeouts, I have a stack of import rims over here
I’m also an RK dealer

I would nab the Mastercraft now for $195
Great set of Gibson spacing hooks which means a standard 14” resonator
Learn on this. Then later let me put a rim in there, later on I many times build the new neck
Be aware you have rights and recourse as an equal here on the hangout 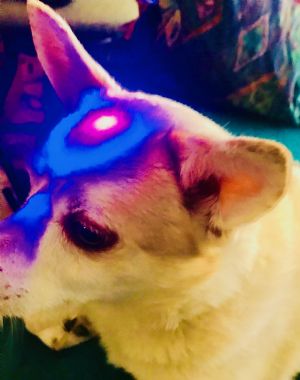 It's too bad that the Jamesons aren't available on Amazon. Up until last month they were, for $169 or so. You may want to email Jameson support (or call if you can locate a phone number) and ask when or if they will be available and back in stock again. My guess the issues is the China Manufacturers dealing with Covid-19 and the stock will eventually be replunished. I've taken a good look at one and they are actually a pretty good banjo for the price. The quality was much better than I expected to see for the price point. Like others have said, these may be available from the same maker with a different name stampted on them. But they can have different levels of quality depending on the importer/buyers specs, price point and level of quality control. Jameson Guitar Company seems to have a consistantly decent product for theirs in the Under $300 market.

I'm wondering why you think you need a resonator. It doesn't actually make any difference to a low end banjo, which is never going to sound like a Gibson or Masterclone (and I'm assuming your recipient has Bluegrass ambitions - hence the perceived need for a resonator). I'd get a non-resonator Goldtone if that's what your budget stretches to. At least it will sound and play like a banjo out of the box. Unlike some of the BSOs (banjo shaped objects) listed above.
There's a BIG problem with the cheap banjo reviews on BHO. Most of them are by people who have just bought their first banjo. They can't play yet and have never played a good banjo. So they have nothing to compare with.

'Virtual competition post from a few days ago?' 1 hr