Word coming out now that John Prine has died. COVID-19.

Loved to listen to him singing his songs.  I really thought he'd beat this Covid-19 thing, but he didn't.  He left us with a wealth of songs that always "told it like it is" and made you think about what he was saying.  We just lost another good one.  May he R.I.P.

"Hello In There". From his debut album.
Going to take a few weeks to realize he's gone. Dang.

Been a fan since I first heard "The Great Compromise" in 1971.

Hard to pick a "favorite," but here's two that occupy a special place in my heart for reasons which will remain mine. 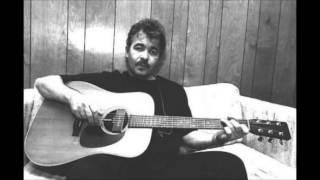 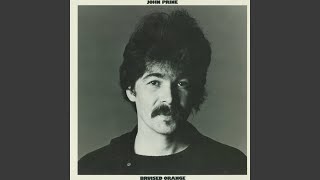 Darn,,one of my all time faves. RIP John.  One of his many great tunes, here's "Souvenirs".
youtu.be/fZE4IqeXnT8

For Christmas my son got me and him tickets to see John Price in July. Unfortunately that concert was canceled due to John's heart attack. Along with other existing health problems the covid-19 was just 1 too many.

Prine was a rebel. Sometimes he subscribed - but often didn't - to the idea of "three chords and the truth." Because often, with his best songs, he tossed in a fourth chord - generally, a II or a VII.

But what songs. What SONGS! That man's ability to add one or two syllables, or a completely unexpected rhyme - merciful heavens, any songwriter who doesn't marvel at how he did what he did without being in awe just doesn't pay attention, in my opinion.

Prine had already cheated death several times, so I guess this isn't a surprise. But he was a treasure, and what a legacy of gut-wrenching, thought-provoking, can't-help-but-grin music he left us with.

Very sad news. Thank you Mr. Prine for "those big ol' hearts dancin' in our eyes". I know you're enjoying that cocktail right now.

John Prine, thanks for those countless times you have made the world a better place. One song can change your mood and how you look at the day. You and your music have been a part of my life since the early 70's and that will continue.
Your legacy lives on in all that you have touched.

Sad news indeed. Like many of us, my musical partner and I play a number of Johnâs incredible songs. Theyâll have a greater poignancy from now on.

"CBS This Morning" played a clip from John's recent tune, "When I Get to Heaven." I couldn't keep from crying. Here's a clip from a different concert:

Someone wrote that John Prine was the type of happy guy who made you think that humans just may be OK.

RIP, condolences to family and friends. A fine songwriter.

I had dinner with him in '72, fried chicken back at the hotel during the Mariposa Folk Festival. We talked about Steve Goodman's guitar playing. A down to earth guy - if you didn't know who he was or his work, you wouldn't find out from him. No pretension.
https://www.cbc.ca/news/entertainment/prine-death-obit-coronavirus-1.5522072

Send my mouth way down south
and...

Of the many many great lines, this one always hits me.
Written and sung from the perspective a woman in a now sad relationship and looking back

From Angel from Montgomery.

So many great songs, as above
Plus
Hello in There
Speed of the sound of loneliness
Grandpa was a carpenter
Illegal Smile
Donald and Linda
and the last song of his final album

When I get to Heaven

So Sad after all he's been through.

been on that highway a lot always go by rochester to see how big the flood is I just read it in the newpaper about prine that makes me very sad ,

I'd heard he had been stable, a heartbreaker to see that he was gone when I first read it last night.

Rest in peace and fare thee well, John.
You left us many souvenirs.

Statement on the death of John, from the President of Ireland.