All you Lightfoot fans will appreciate this doc, which was aired in Canada last weekend. His songs have been covered by countless bluegrass and folk groups. You’ll need the CBC Gem app - hope it's available in the U.S.
cbcgem.app/X79MZptJXQYcAWee8

When I see it availab!e without proprietary apps, I will surely enjoy it. Thx, brad

This video sent me down a rabbit hole! The Good Brothers in the 70's turned me on to Bluegrass.

Ian & Sylvia were before my time. My parents used to watch the show. i appreciate it now!

We went southern rock when disco came out. We saw lots of Canadian artists in my hometown.

Ronnie Hawkins. Kim Mitchel. I bought 3 8 tracks for my dads stereo on a road trip to B.C when i was 13.

Memories - I first saw LIghtfoot at the Canada Pavilion at Expo 67. It drizzled as I rode home on my slow motorbike. As I crossed over the Decarie expressway some Doofus in a black car ran the stop sign . He was followed by another doofus in a white car who hit me. The end result was that I graduated on crutches. I blame it on Gord. BTW, see how he now can't stand "For Lovin' Me" 'cause it's so sexist?

Bob - different places with similar memories: Ian & Sylvia at the Festival Express (plus, Sylvia's band was rehearsing at a music store a friend managed, and he had me mind the store), James & the Good Brothers at St. Paul's (I think) on Bloor Street, Willie P. at Hart House, U of T, Ronnie Hawkins at Le Coq D'Or (or one of those Yonge Street joints), Kris Kristofferson at the Riverboat (I saw Roger McGuinn, Ry Cooder, Eric Andersen, Steve Goodman, and Lori Lieberman there, too), David Essig at Harbourfront, and I was a stage manager at Mariposa when we had Valdy on my stage. Not to mention all the other acts that came to Hogtown, either to Massey Hall, Ontario Place, or Maple Cheese Gardens. I never saw Rush, Buffy the Empire Slayer, or Kim MItchell, and we made fun of Dan Hill ("high school girls think he's great 'cause they don't understand his lyrics"). Best bar band I ever saw: the Nitty Gritty Dirt Band at the El Mocambo.

My recollections (as some high-toned people call’em):
Dillards - El Mocambo, ~1979

Good Brothers - the band I was in ,”Hog Jowl & the Growlers”, preceded them at the Hillsburgh Country & Bluegrass Potato Festival, 1975

Valdy- met him and his band rehearsing on Salt Spring Island when I was with the Codfish Cowboys , 1979

Willie P. Bennett - in CBC studio with him and a few others recording 3 songs on an album of new Canadian talent, when I was with Bob Webb & The Outta Town Band (a takeoff on Valdy’s “Hometown Band”). The album was played on Sylvia Tyson’s radio show “Touch the Earth”.

Stan Rogers - who was a harmony backup singer with a different group on that CBC album, at the Carden Street Cafe, Guelph , Ontario, ~1975. Just him and brother Garnet in a tiny coffeehouse.

Ian Tyson - saw him opening for Ricky Skaggs at the Queen Elizabeth Theatre in Vancouver, 1983.

David Essig - Owen Sound Folk Festival, ~1987. I met and chatted with Tony Trischka there. Cathy Fink was also one of the performers.

unfortunately I never got to see Gordon.

Harbourfront ?....a momento from my busking daze.

This is fun. I bet I was at some of the same shows as Paul and Chuck.

I first saw Gord as 1/2 of the Two Tones with Terry Whalen at the 1962 Mariposa Folk Festival. I wasn't impressed. I did become an Ian & Sylvia fan that weekend. I was introduced to bluegrass by The York County Boys.
The next time I saw him was at the 1964 festival in Maple Leaf Stadium. He was with David Rea on lead guitar and he blew my socks off. Also at that festival were The Greenbriar Boys with John Herald, Winnie Winston, Jim Buchanan, Frank Wakefield and I think the bass player was Eric Weissberg. MISSISSIPPI John Hurt, Rev Gary Davis, Joni Anderson (later to become Joni Mitchell) and Buffy St. Marie were also there.
My introduction to The Good Brothers was at a Carlisle Bluegrass Festival in the early seventies.
I've seen Valdy several times and our band has opened for him in Peterborough.
I first saw Willie P. Bennett at Carlisle as part of the Dixie Fliers, but he became a friend of our family and was a mentor to both of my sons.
Maggie hired David Essig to play at our local folk club and he and Melina stayed at our place. I'm a big fan of his music.
I first saw Ronnie Hawkins at the pavilion in Port Dover in the sixties.

Thanks for this chance to kiss the past's a** for a while.

Joni? I first saw her at the Atlantic City Pop Festival two weeks before Woodstock. She ran off the stage in tears after three songs - the audience came for rock, not quiet introspection. Then at Mariposa in '70, the last year of evening concerts for ten years. Then at Maple Cheese Gardens with Dylan's Rolling Thunder Revue, along with Gord, Joan, Roger, Ramblin' Jack, Mick Ronson, and a cast of many. Then there was the time I went to the Folklore Centre to pick up my '72 L'Arrivee (slight repair). There were three people sitting on the floor partly out of sight behind me. Ray Materick was there and asked what the guitar was. I handed to him and he played a bit, then he called over my shoulder, "Try this one, Joni!" Joni drawled, "What is it?" "It's a L'Arrivee." "I already played a L'Arrivee" That's how Joni didn't get to play my guitar. It may have been fortunate, too, because - what if she'd liked it and offered to buy it? I still have it and it's the last one I'll let go - best sounding acoustic I've ever played.

Perth County Conspiracy at Mariposa '70, then at Rochdale when I lived there (I still have a couple of letters from correspondence with Terry Jones), and then at Massey Hall. Massey Hall was a go-to joint, where I saw loads of acts, including Neil Young's '71 concert that he put out on CD thirty-something years later (the stupid audience talked through the opening set by John Hammond). I lived downtown and would think, "Who's playing Massey Hall tonight?" In two evenings I saw Randy Newman and the Kinks - what a contrast. I think the best show I saw there was Poco in '72 with Murray McLauchlan opening. I saw Bruce Cockburn there at least twice (once for the Circles in the Stream recording), a bunch of times at Ontario Place, and at the Fox on the Danforth (and at Norval Junction).

Mariposa was quite the connection. I had Ken Whiteley come to my school, also Sharon, Lois, and Bram individually, before they formed the group. Also Rick Avery, who later phoned up, said he got an Ontario Arts Council grant, and how would I like to have a folksinger in residence at my school? No brainer!

We saw Garnet recently, opening for Connie Kaldor (I gave her a print of her '81 Harbourfront show). I just put up another bunch of my concert photos on my BHO page. Check them out! 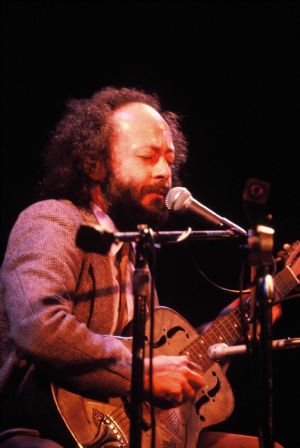 'Need information on this Bridge.' 8 hrs

'how much is a StewMac Eagle banjo worth' 10 hrs