early ODE longneck or something else?

Curious on this one, being sold as an ODE. While the inlay pattern is very similar to the 1961/62 version i once owned, ive never seen this headstock shape before. Also, nothing is marked ODE. with the exception of the tailpiece. Seller said a friend of his IDed it as an ODE banjo. I am interested because it has a wood rim, the aluminum ones are just too heavy for me.

any input would be greatly appreciated. 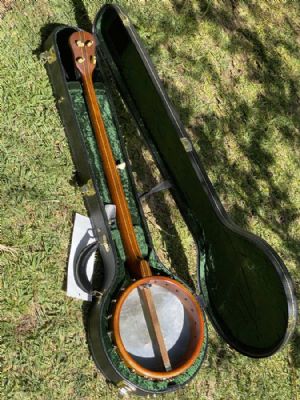 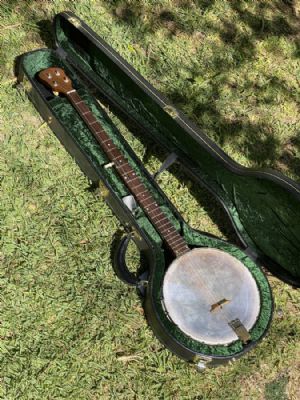 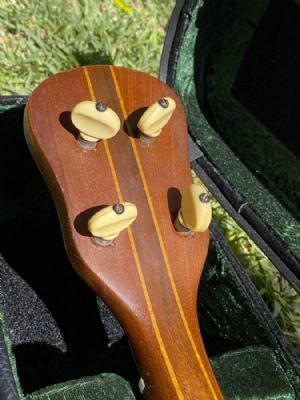 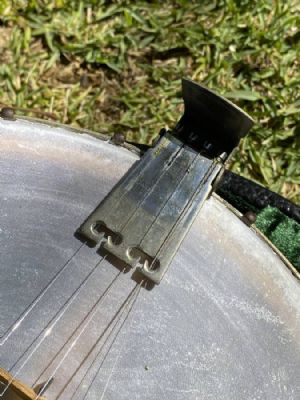 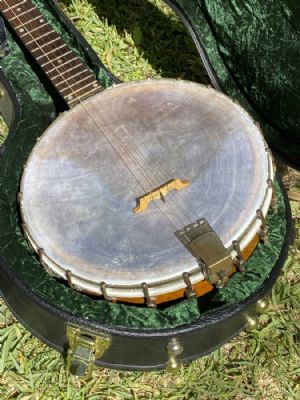 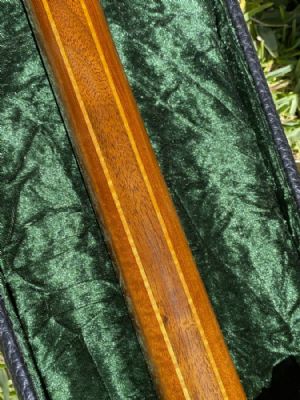 Not an Ode.  Not the neck. Not the shell.  The tailpiece is from a four-string banjo. Anyone calling this an Ode either is badly mistaken or a scam artist.

The tailpiece is an old Waverly 4 string as Bill has pointed out. That and the case may be the most valuable components.

Looks homemade or cobbled together from various parts. The craftsmanship on the neck looks pretty good.

Not an ODE, but it doesn't look badly made, either. I have questions about the owner though. Why a four string tailpiece? Also, the tension hoop is either real narrow or the head's flesh hoop is too large from the look of it.

Change the tailpiece, and the tuners and it would probably be a really nice banjo.

The seller aquired it and doesnt know banjos. I dont think they're trying to scam anyone, intentionally. They're going by what their friend said about the banjo, as far as I understand. Looked like a homebuilder long neck, maybe unmarked ode parts if anything. Thank you for helping out!!

"maybe unmarked ode parts if anything."

Although the earliest ODE banjos used a Waverly tailpiece, it wasn't that one—long discontinued by the 1960s. They used the same 'piece as Gibson, Vega, Fender and others in the 1960s. It's visible in the 1960 ODE catalog. Here's a modern reissue:

Those Elton hex shoes were sold in tubes of 12 with bolts, hooks and nuts and could be purchased at any music store. I still have one of those tubes in my basement that I bought at Moyer Bros. in San Jose in 1960s.

Sometime before 1962 (perhaps after the first hundred banjos?), Chuck switched to the heavy, round ball Elton hardware and that heavy ODE tailpiece.

Not an Ode, but if it came from Colorado, it might be an early Epic.

But honestly, it doesn't look much like an Epic either. My best guess is the neck is home-made.
regards,
stanger

Reminds me of this banjo c. 1970 by English maker John Sloan. 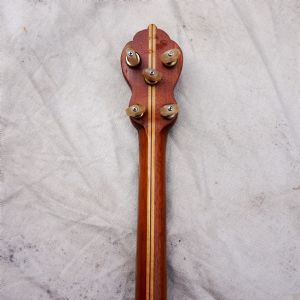 'Iida Banjo "Custom Made" (eagle on back) info/value' 1 hr