Some years ago I bought a tailpiece from Elderly Instruments that "clamped" nylon or Nylgut strings with a pivoting clamp on each string, with pressure applied by the string itself. It kept strings from slipping "no matter what" and no knots were required (sort of a "Cadillac" version of a no-knot tailpiece but more mechanical and foolproof). I sold the banjo, but now have another one and apparently Elderly no longer sells the tailpiece.

Problem is, I can't remember the tailpiece name so that I can search for a new supplier or advertise for a used one. Can anyone help? IIRC the tailpiece was a bit pricey at the time, over $50 if memory serves.

This sounds like what is generally referred to as a "cammed no-knot".

Bob Smakula sells originals and reproductions. They also show up on ebay now and again.

Yes, that's it. I contacted Bob and ordered a repro one, got it in two days and it's on my openback, works great as I remembered. Very nice handiwork and lots cheaper than an old original (as low as half the price of some of the originals out there). It's a snap to put plain-end nylon strings on now.

I also ordered a 2nd one to use in converting a Kerschner from no-knot posts to a cammed no-knot. This will required some surgery to remove the regular no-knot posts and mount the cammed no-knot assembly to the back of the Kerschner, which I will document as I do it (with pix).

FWIW, Bob Smakula has fewer than 10 of the repro cammed no-knots available and, in his words, "When they're gone, they're gone."

If I figured it right, the one in the middle is the cammed one. 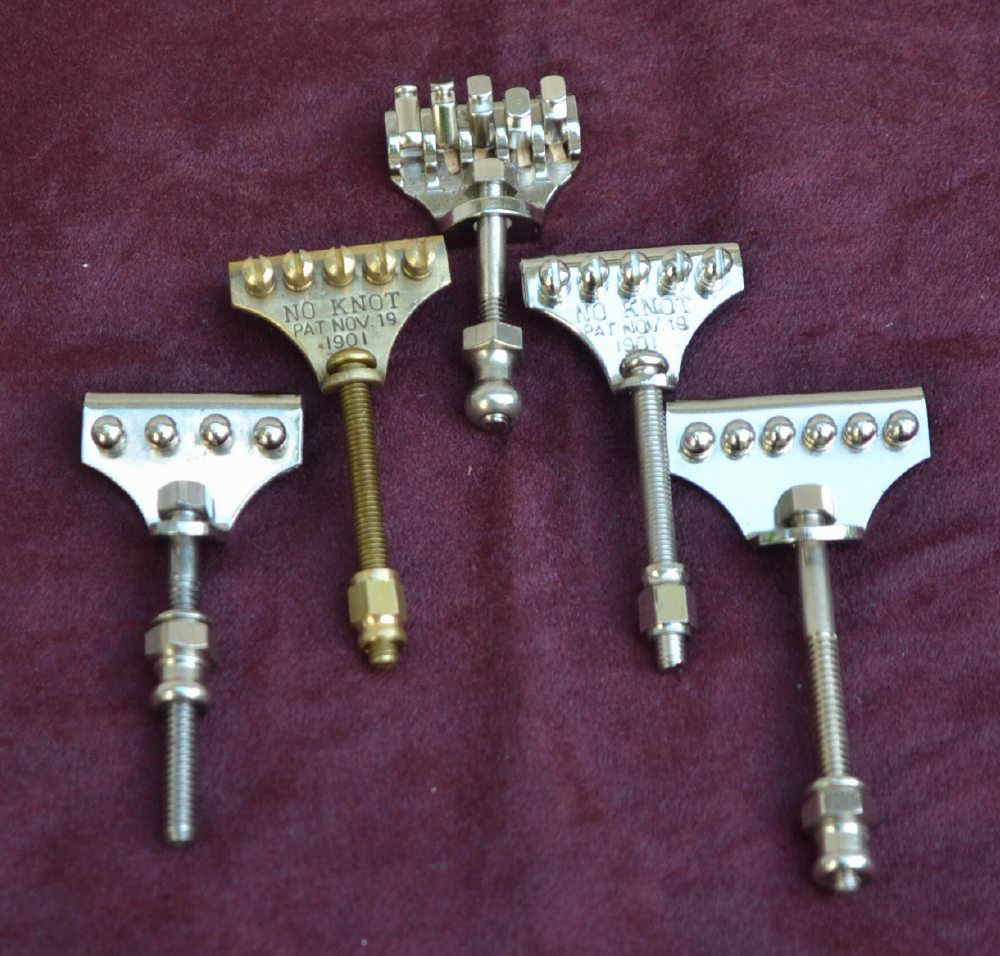 It's always amazing to me that whatever you think of in terms of a banjo part was probably already done 100 years ago.