Big cyclone-type storms on the North Atlantic are causing difficult plane landings in the U.K.
theweathernetwork.com/ca/news/...les-trees

I've been watching videos of that.
youtube.com/watch?v=w4EQuM_t8Fo

I was on a flight from Istanbul to SF and over the sea between the UK(maybe Norway) and Iceland the turbulence was so bad everyone from African Christians to New York Jews and Paki Muslims were all muttering prayers...even the crew.

I was on a smallish turboprop on one leg of a business trip. The flight had been extremely turbulent and when we were coming in for a landing we were crabbed so far sideways that I could look straight down the runway out my side window.

I usually donât suffer from motion sickness but it took me a couple of days to recover from this one.

these are all reasons I would never fly.....if I cant walk on it , I aint riding on it.... boats, planes, swamp buggies, etc

Years ago I was taking flying lessons in hopes of getting my private pilots license. I was always impressed at how incredibly calm flight instructors were, even when they intentionally put the student in dangerous situations. On one flight we came in for the landing a bit to fast and it was very white knuckled as we used up every inch of runway. As we were taxiing back for another go around I turned to ask him how he remained so calm only to see him popping Rolaids into this mouth. 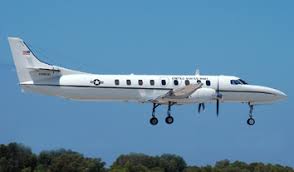 Only ever had one landing that would have caused my adrenalin to flow.... at Wpg, in rather blustery conditions, ... rough enuff for me, but a far cry from what we're seeing in Europe.

The other reserves were serviced by smaller, single-engined planes... no rough landings to report.  Although the opportunity never presented itself,  I was nevertheless prepared: If we had come in with a small bounce I was prepared to ask If I could give it a try.

Only ever had one landing that would have caused my adrenalin to flow.... at Wpg, in rather blustery conditions, ... rough enuff for me, but a far cry from what we're seeing in Europe.

The other reserves were serviced by smaller, single-engined planes... no rough landings to report.  Although the opportunity never presented itself,  I was nevertheless prepared: If we had come in with a small bounce I was prepared to ask If I could give it a try.

When I worked on those for SkyWest, we called them "San Antonio sewer pipes".  When I was training for my pilots license, we trained for crosswind landings, ( I made a few even when there wasn't any wind).  I got sick once, we were on a firefighting flight in a C-130.  We made the retardant drop and all was fine, the pilot wanted to make another pass to do a self evaluation of the drop,  Thats when I got real hot and very uncomfortable, never threw up, but it was very close, we landed in Ogden Ut. the ground crew could see there was a problem and led me to a cool, dark, comfortable room.

I did a few flights on those back in the late '80s or early 90s. Damn, but they were uncomfortable. I'm not a tall chap, but even so I didn't appreciate having to approach one's set bent over nearly double. Taller people nearly had to crawl down the aisle in those things.

I'm can put up with many annoyances, but I am rather accustomed to the idea of standing headroom anywhere I go.

The landings aren’t as dangerous as they look, the planes are crabbing into the wind because the pilot has to do that to maintain run way alignment., the wind isn't blowing the planes sideways,they straighten out before landing, they can land in a slight crab, the tricycle landing gear will straighten out the landing. Smaller planes like the C-172 I owned can be landed in a crosswind in a wing down slip , but the larger planes with engines hanging from the wings have to use the crab technique. Strong steady crosswinds aren’t too bad for a good pilot, it’s the gutsy crosswind with large quick changes in speed and direction that can be a real challenge. I seldom flew my plane in windy conditions, but I would rent a plane and get an instructor to fly with me on windy crosswind occasions just for practice, the windy conditions kept the riff raft out of the air and we usually had the traffic pattern to ourselves.

It's good to have competent pilots.

Returning from our honeymoon in August '79, the cockpit door was open (few security concerns back then) and we could see the runway going side-to-side as the pilots coped with the crosswinds. Everyone applauded when we touched down. That was my second-ever flight. The first was ...

Dad's company owned several planes. In Feb '62 we flew a Cessna 310 to Bagotville to check out a Viscount airliner that had been sliced up by a CF-102 Voodoo on a control tower miscue. (The company purchased it from TCA - Air Canada - and was fixing it up to make an executive plane.) I had really bad ear trouble landing at Bagotville, so the pilot eased it down for some distance before we landed back in Dorval/Montreal. He was actually having me "fly" the plane (gave me the wheel, "keep it on that number" - the compass reading) so I didn't notice that he was controlling the altitude. That second landing was no bother to my ears. I've always admired what he did.

I don't think he was the one who was piloting another company aircraft, a Grumman Widgeon. It's an amphibious aircraft and the pilot came into Dorval and forgot to lower the landing gear.

Widespread flooding here in the UK. And now flood warnings for the huge River Severn. And very high winds over the last few days, but thankfully calmer (and not raining) this morning.

My heart goes out to folks who’ve been flooded out of their homes. Especially those for whom it is the second or third time in as many years. Heartbreaking and stressful.

Yesterday I had a conversation about new homes being built about a mile from where I live. On land that locals know has always been pasture precisely because it is low lying and prone to flooding. Remote builders are adding to the problem by profiting on developments where local knowledge knows not to build. Even our Iron Age ancestors knew to build on higher, drier ground. Daft as.

There has been major work done clearing and maintaining the old system of rhynes that drain the Somerset Levels and North Somerset Levels since the major flooding a few years ago. Parts of that system had fallen into disrepair, with broken sluice gates and silting up. The rainfall on hills and high ground run off onto the Levels. That effort seems to be carrying off the major volume of water here so far. But lanes round here are flooded but passable with care.

The flooding must be horrendous. We get the roads flooded around my village but thankfully not the buildings. The beck at the bottom of my garden was higher than I've ever seen it last weekend, to the point where it was encroaching into the garden. The rescue team I am involved in were all put on standby with swift water technicians to help in flooded areas and those of us who are advanced/offroad drivers to help with getting paramedics to where they were needed, but fortunately (and unusually) our area was not too severeley hit. It appears that you guys in the south have had it worse with Storm Dennis. A colleague was showing me pictures of his home in the midlands - it was heartbreaking. 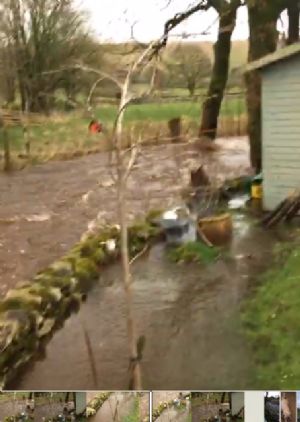 To comment on Tommy5's excellent input ;
Another reason to "slip" or crab a plane on landing is to slow it down using the fuselage as one big airbrake if you're having a strong tail wind &/or overshooting the runway & can't go around . My short strip is down hill (takeoff) & dedicated (landing up) --- one way out & one in , due to some very tall trees in a hedgerow at one end . Slipping a plane (flying it side ways) & touching down at the last few seconds corrected can be adrenalin producing even after you become familiar how to do it safely & sometimes necessarily . Out of the ultralights I owned , the best slipping ones were a J3 Kitten (a Cub copy) & a Hiperlight , a staggerwing biplane w/ flaperons .

In WWII the U.S. Navy decided that the Corsair couldn't be flown from aircraft carriers due to visibility problems on landing. The British adopted it for carrier flying; their pilots would slide in from the side and straighten out just before touching down. This procedure was adopted by the Americans, who then put the Corsair aboard their carriers.

The last Japanese warship sunk in WWII was done in by a Canadian pilot fying from a British carrier in an American plane, a Corsair. He died in the attack.

'Has anyone RECOVERED from medial epicondylitis?' 32 min