Hello all:
I have a Fender Deluxe 5 string Banjo and trying to find out when this banjo was made. I have searched everywhere and I can only think that someone here would be able to help me. The build# on the back of the neck is as follows.. KD00080302. Crafted in Korea. I did some searching on the net and only found KC models numbers. Any help would be greatly appreciated. I have some pics shown.
Thank you for ANY help.
Gary Major
carmeliteocds@gmail.com 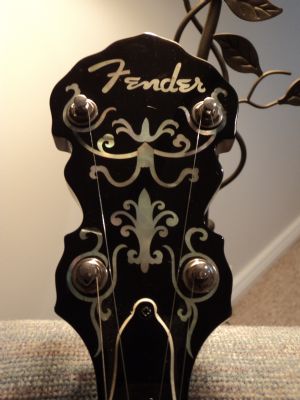 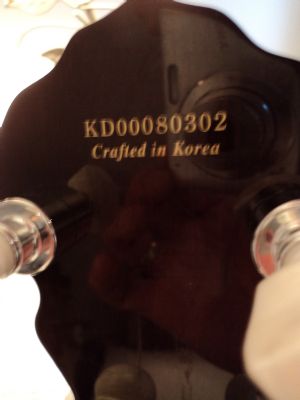 Addon: Just found out it was built in 2004. Feel free to add any information if you would like to.

The original Japanese Leo morphed into the Leo deluxe then FB-58 deluxe.

You are saying maybe 2000? So what do you call mine? LEO OR FB58?
Now I am wondering that. Where would you say it was built?
Thank you


If the Banjo is stamped "Crafted in Korea" I'm thinkin' Korea.

If it says Korea, Fender was affiliated with Sam Ick if memory serves me. Sam Ick went bust and the former workers and subcontractor network formed the Dalian factory that was the major supplier until they went bust

When Sam Ick went down in Korea they were the largest instrument factory in the world. ALL banjo making in Korea stopped when this happened