Surprisingly we haven’t covered Sally Ann as a TOTW and Valentine’s Day seems just the time to celebrate it.  It’s one of those older songs whose roots are hard to discover.  With its many variations (Fiddlers Companion lists four), you hear similarities to Sail Away Ladies, Great Big Taters in Sandy Land and Liza Jane.

Cecil Sharp collected lyrics from North Carolina as early as 1918:

Oh, where are you going Sally Ann (X3)

Traditional lyrics are often heard with these lines:

Have you ever seen a muskrat, Sally Ann

Draggin’ his thick tail through the sand

Pickin’ a banjo, kickin’ up sand

The earliest recording is Charlie Bowman with The Hill Billies in 1925, singing lyrics similar to those collected by Cecil Sharp.  It’s said that Charlie won many fiddle contests with the tune. Sixteen-year-old Frank Blevins & His Tar Hell Rattlers recorded on the spot in 1927, making up the band name and sipping corn liquor.

Tommy Jarrell and Frank Cockerham played in Surry County, North Carolina where Sally Ann was jokingly said to be the “national anthem.”  Fred was said to have snuck his brother’s fiddle outside to learn as a boy and Sally Ann was the first tune he showed his mother.  According to Fred, his brother Pete gave up the fiddle soon after because Fred turned out to be so good.  We usually know Fred more for his banjo playing.  Tommy at age 14 brought home a third part he learned in Virginia, heard in the video link below.

Earl Scruggs gave Sally Ann his signature bluegrass treatment and it’s one all budding players work on.  I did so, too, and it taught me his up-the-neck techniques often utilized, including chordal shapes and string bending.  But that was a while back, and I prefer clawing the tune in an easy-going manner these days.

My favorite is J. P. Fraley’s.  His has a sadder tone, which for me matches the set of lyrics telling of Sally Ann marrying Johnny who was hung right after the wedding.  Though there is no singing in J. P.’s version, here are the sad lyrics:

Love in his heart and flowers in hand,

Sally shivered as she said,

I’ll love you till the day I’m dead

Johnny got married in his one good suit,

But the ride from church he bore strange fruit,

Down by the road you can hear the cry,

As he hung from a tree, she watched him die

When the fiddler takes the stand,

Sally attends every wedding ‘round here,

Looking for her Johnny dear,

You can feel them in the room

If the fiddler plays that tune

Sally Ann is a fun tune to explore. Hope to see some of your own versions posted here.  Happy Valentine’s Day! 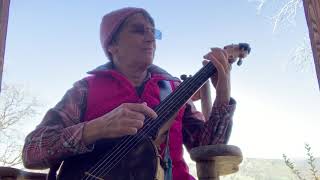 Amazed that this has never been TOTW ! The one that me and Paul on fiddle play at lightning speed at our regular session when we feel like making a lot of noise. I play a version that I got from Dwight Diller that repeats the high A and B parts on the low 2 strings. I'll see if I can di up a tab.

Well done AGAIN Janet. A huge help to us new to CH.
Are you using nylon strings to give you that beautiful sound?

Incredible that Sally Ann has been left behind for so long. Hope she is feeling the love now. Good catch Janet!


I like playing Bertie's version (or something close to it) with up-picking.  It comes out something like this: https://youtu.be/SnKEnfDV9H8

Nicely done, Janet. I too like the J.P. Fraley version.

Your new short neck banjo always sounds great but this recording was particularly so -â Bravo! I have a short neck banjo on order from another builder, hope it approaches yours! Thanks! banjered

I forgot to attach my tab that goes with the Bertie Dickens Sally Ann video tutorial that I linked above. This would be the clawhammer version as demonstrated in the video.

Sally Anne is a great tune! I prefer the Wade Ward version. There is also an interesting version by Junie Scruggs ("Big Brother") which I think is something between OT three-finer and Bluegrass three-finger: https://www.youtube.com/watch?v=YKxq4zv2hNc ( it is a medley with Sally Goodwin and Sally Ann).

It's always nice to "capture" a tune on our TOTW that many people already know and enjoy. To answer your question mjbrennan , I use red nylgut strings. When I ordered a custom short neck, hookless rim from Carolina Banjo Company , Ryan recommended them for the bright tone. I haven't taken those same ones off yet and it's been well over a year!

jack_beuthin , Bertie Dickens is new for me, so thank you very much for introducing me to her. Is she related to Hazel? And thanks for your video and tab -- very useful to study and more evidence of yet another way to play Sally Ann. I like how you can transfer clawhammer and picking styles. Which do you use more these days?

janolov , thanks for linking Junie Scruggs. I'd never listened to him before.  His version is much like brother Earl's.  I wonder who taught who....I remember a story of Earl and him as youngsters where they'd walk in opposite directions around the exterior of the house playing the same tune and see if they kept the same time when they met on the other side!

Years ago I learned a wistful version of Sally Ann from tablature on Pete Wernick's site after hearing it on the 1992 CD "Dr. Banjo Steps Out."  Dr. Banjo's free Sally Ann tab has the tablature shown below.  The tuning is unusual in that you tune down the 5th string to an F# note.  (On Zepp's site, Anita Kermode gives two examples of tunes using this tuning.)  Pete is a bluegrass instructor, but I don't consider myself a bluegrass player, though I've studied it intensely, and think of this also as old-time picking.  It uses forward rolls.  What do you think? Hi Janet.
Unfortunately as regards your tab... I have been learning in double D tuning for some time so I would find it too difficult to try and learn in the tuning you use. Maybe later. And your red nylgut gives you a lovrly sound.
Thanks again,
Micheal.

One of my favorite tunes to play. I like the version that you've recorded Janet.

Here is a version that I've uploaded to my soundcloud account.

Ive always loved Joe Birchfields Sally Ann (at least ive always assumed it was Joe tho im not seeing immediate proof) which JimmyJohnJoe do a great job with..

Which i believe is where the Natalie Merchant got her version from, slowed down and pop treated, but good..

Here is a version that I've uploaded to my soundcloud account.

Here's the other version of Sally Ann that I like to play. One I call the Florida Version (the one Janet put up) and this one I think of more as the Galax version--although I'm playing it here in South Dakota :) 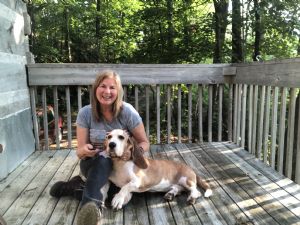 I've been working on this one for a few weeks, working through Carling and Will's version: https://www.youtube.com/watch?v=i06DAf5CYQM

I knew there were a lot of variations, but it's nice to see a lot of different great versions here!

I've been working on this one for a few weeks, working through Carling and Will's version: https://www.youtube.com/watch?v=i06DAf5CYQM

I knew there were a lot of variations, but it's nice to see a lot of different great versions here!

So beautiful!  This version has a part associated with Sail Away Ladies (at 30 sec.).  Hope you'll post your banjo version one day.