<snip>.... There was a split clean through in the cap that matched the now stitched up split on my forehead.
What would the injury have been without the hat? Brad

Years ago a former member told me about an exhibit at the RCMP Museum in Regina. [I've unsuccessfully  tried to find an online pic.]   Apparently there's a hammer accompanied by a stetson with the round perfectly matching hole .... some dude had deaded the officer with a knock on the noggin.

Hey Paul, your first nice hat was nibbled on by pet bunnies, and then you bought a rabbit felt one? Was this a warning to the pets?

Or was it the pets?

I couldn't fault the bunsters. The hat somehow wound up on the floor. Besides, they already exhibited good their taste by gnawing on the legs of our good mahogany dining room table. It seems they only picked the most expensive items to chew.

What upset me most was that my Australian band had a series of gigs to play for Caravan right then. Caravan was the annual city-wide ethnic festival in Toronto, and that was part of my stage outfit. 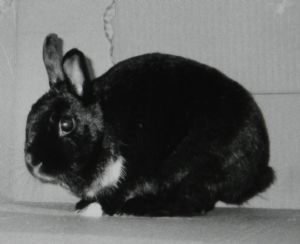 Stetson Open Roads were part of the uniform for a band I was in. I have three, two in rabbit fur and a third in straw for summer gigs. Had a fire at home a few years ago and they got smoked. The source of the fire was vinyl siding so the last thing I want to do is put them on my head and sweat out the toxins that are all through the hat material.

I looked around for a place that could clean and reblock the hats (the straw one is beyond help) but there's no place around me that will touch them, so they sit in my closet. Maybe if I move to Texas I can find a good hat cleaner.

My dad always had a cowboy hat of some sort. Straw hats mostly in the early years, as they were cheaper and worn in the summer to stave off the sun. But in his later years he had a couple of Stetsons, one of which is an Open Road. I have both hats in my closet. Unfortunately they are too small for me.

But it probably isn't surprising that I've adopted this look and so I keep wearing a western hat. Even though I have no horse, no cows; just ducks. All hat, no cattle - as they say.

My first and only Stetson was a Christmas present from my beautiful wife. It was 1978 and the era of the "Urban Cowboy." I wore that for about thirty years. It became more and more broke in until it had lost all of its original shape and in the end resembled an "Indiana Jones" hat. I was wearing it when I went trout fishing on a man-made lake south of Rawlins, Wyoming named Teton Reservoir. It was windy that day and a gust blew it off my head. It landed about six to eight feet out in the lake. I should have jumped into the water after it. But it appeared it was going to float and blow to the other side. And it would have too - if it had not got caught up in some grass. I lost the hat. It's now at the bottom of some very remote lake on the high desert. Perhaps it is a fitting place for its final destination, rather than the trash.

Isn't that why they invented music festivals?   Here's my dedicated "fes-ti-VAL" hat [spectator, not performer]: 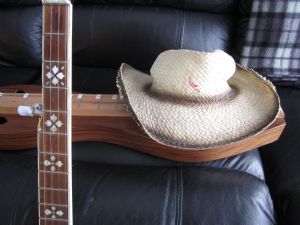 'Getting paid for a sale' 5 hrs

'Link between value of car and driving like a jerk....' 8 hrs