Unfortunately my Tiger-Cats went down in defeat. (My reason/excuse - they just aren't used to the almost mile high elevation in Calgary......;-)

Well, since that’s over, bring on the PUCKHEADS !

The satellite channel line up had changed. !5 minutes to find TSN.
I watched the third period of the Grey Cup game.
Then I watched the 4th quarter of an Edmonton hockey game.
I forgot to watch the end but I think they won it.
That's my pro sports TV for this year.

It is barely a third of the way through THE Football season.

Even someone as ignorant about hockey as I am can see there is something wrong here.

There is one more weekend of play remaining in THE regular season, then the bowl games begin. 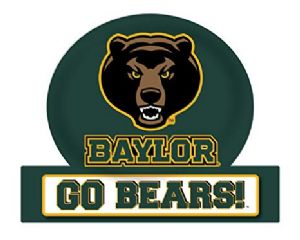 Unfortunately the NCAA still hasn't come up with a way to have a good playoff. There should be at least 8 teams in the playoff. And selection should be determined by league championships. Contenders would be determined on the playing field. The first game in the current system often results with two of the four teams being embarrassed. I don't understand some things. Why can a college join one conference for one sport, and be an independent on another ?
You should realize I am NOT a fan of the NCAA.

I have watched some Canadian football. The game moves along faster than the NFL games. The field is bigger though. Their tackling techniques also don't seem to be designed to create physical injury.

The Bombers didn't just defeat the Ti-Cats; they shut them down completely in a dominating show of force and finesse. I'd like to see an NFL team take on Winnipeg, on a Canadian field, using just 3 downs and Canadian rules. I don't think that they would do any better than Hamilton did.

...dunno, Lefty.  I haven't kept tally, and I do know that some CFL players switch to the NFL and do well, but I suspect that it's not a big majority.

'Way back at a "World Youth Baseball Tournament," [won by Canada as it turned out]  I was shooting the breeze with one of the US coaches and asked him how many teams of that caliber they could muster in the US.  With about 3 seconds of thought he replied "Probably 10." and then reflected a couple more seconds and added "Nah... we could get 10 like this in California."

.... but your proposition would be interesting to say the least [...at least for the first quarter].

Edit: And, FWIW, I do find the CFL more entertaining... like you say: 3 downs, no "fair catch,"  etc.   Edit #2: And, the way the NFL settles regulation-time ties [at least in the Super Bowl], is a farce, unless it has changed recently.....IMNSHumbleO.

Well, Owen, think of the NFL hotshots who came to Canada and couldn't make it here. A certain Mr. Ferragamo comes to mind, and, more recently, Manziel, who went from Hamilton to Montreal to oblivion.

The nature of our game - which I also find way more exciting - seems to puzzle a lot of players who come here from down there, and they can't adjust. I like the wider, longer field, the deeper end zone, the motion, and the three down format. Don't forget that Anthony Calvillo has the best passing record in all of pro football.

I'd have been cheering for the 'Cats, but I was fairly neutral, seeing how the 'Peg hadn't won in twenty-eight years. And now that fan can go back to wearing long pants.

Point taken Paul, but I think I'm looking at the big(ger) picture.  And anyway, I expect the "savior" aspect of NFL > CFL is more media/fan hype than objective assessment of a particular player's talent.   If $ [or should that be $$$$ ?] means anything....

Further to Lefty's post, this armchair QB says the Bombers should count themselves lucky to have even been in the G.C. game.... were it not for some questionable [okay, downright goofy ??] play calling by the 'riders in the late stages of the Western final ......

...or are old timers like me expected to switch to "streaming"?

Edit: I think some of the "hotshots" were past their 'best before" dates.

Ooops.... somehow I double posted, and this edit/post was the easiest way to make one disappear.

...although, it might be worth noting that most of the hotshots would probably be better describes a "former hotshots" by the time they got to Canada.

That's a great story Paul! We had the game on with the sound off & the tunes cranked!

That's how we watch sports. Being born in Yawntario that's who I was cheering for & Terry was born in Manitoba This is the first time we had a football game on for the whole game all season!

To us it's a patriotic thing & mostly about the snacks. We had wings, some Buffalo style & I made blue cheese dip.

We had nachos & tempura shrimp & washed it down with a few beverages of course.

Unfortunately the NCAA still hasn't come up with a way to have a good playoff. There should be at least 8 teams in the playoff. And selection should be determined by league championships. Contenders would be determined on the playing field. The first game in the current system often results with two of the four teams being embarrassed. I don't understand some things. Why can a college join one conference for one sport, and be an independent on another ?
You should realize I am NOT a fan of the NCAA.

I have watched some Canadian football. The game moves along faster than the NFL games. The field is bigger though. Their tackling techniques also don't seem to be designed to create physical injury.

Hello Richard, when you have 3 downs you can’t waste a running play. Our QBs run the ball and have been doing what the NFL calls RPOs for decades. As a result the linemen have to be quicker to cover the QB. Usually that means smaller...but we do have freight trains dressed as football players as well.

We also have different motion rules and our ball is always in play.....our No Yards rule helps to a small degree in keeping return injuries down.

i have advocated with the CFL to have jersey colour zones...which is the jersey should be white from top of the numbers up.  This will help the officials see if the helmet to helmet hit was performed.

i am wanting all junior and university ball to have these....it sets a safe zone, if there is such a think, for contact ....training them if you will.  Football, as Madden said, is a collision sport and big, fast player charging into each other does a lot of damage....the CFL has for awhile tried to be at the forefront of injury protection. With 18 season games you can get banged up .

NCAA and NFL football is gradually reaching the point where the game will be defensively unplayable.  Then, as one announcer recently joked, it will become basketball on grass.

My parents were avid football fans and had season tickets to the Alouettes' games at Molson (McGill U.) stadium in the Fifties and Sixties. Dad couldn't stand the owner, Ted Workman, whom he thought was ruining the team. When they traded Sam Etchevery and Hal Patterson to Hamilton, he was furious (Sam went to the Cardinals, eventually ended up back in Montreal and attended my parish) . They eventually gave up their season tickets. After I moved to T.O. in '70, they came for the Grey Cup. They'd been frustrated for decades but were rewarded when the Als beat Calgary. I saw the Grey Cup parade and was somewhat puzzled that the Als' float was a huge papier mache statue of Sonny Wade - the QB who was also their punter.

I may have said this before, but Mom & Dad and the rest of the "gang" had a block of seats and they had everything worked out in those days before beer sales were allowed. They brought their blankets, also their flasks and mixers and had an assembly line - Scotch and soda, rye and ginger, rum and coke ... it was all there for the imbibing. Nobody got drunk, but I'm sure it made the game more enjoyable, especially considering the Als' losing record.