I recently acquired an old "zither banjo" mandolin with the aim of restoring it to playable condition, on arrival I removed the strings and took this photo: 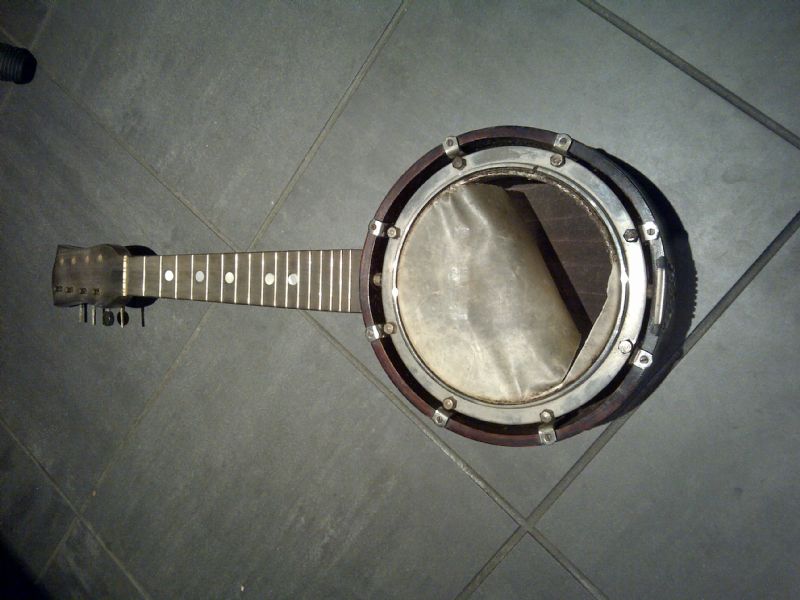 "Zither banjo" described the method of construction where the head assembly is suspended inside the rim and resonator, rather than the head being stretched over the rim.

Notwithstanding the ripped vellum and dilapidated tuning machines, the rim and resonator is sound, all parts are present (no missing bolts or brackets), and most importantly the neck is straight - a warped neck seems to be a common problem on old instruments, and expensive to correct (relative to the cost of the instrument). My theory is that the vellum got ripped fairly early on in this banjo's life, so that the neck was not under much tension for most of its life.

First step is to take out the head assembly, by removing the screws which fix the z-brackets to the rim, and lift the whole thing out. This was a bit stiff but gentle leverage with a screwdriver did the trick.

Here is a shot of the tailpiece with head assembly removed, the tailpiece is a very simple affair designed for loop-end strings. The rim and resonator makes a handy storage bowl in which the brackets and bolts can be kept! 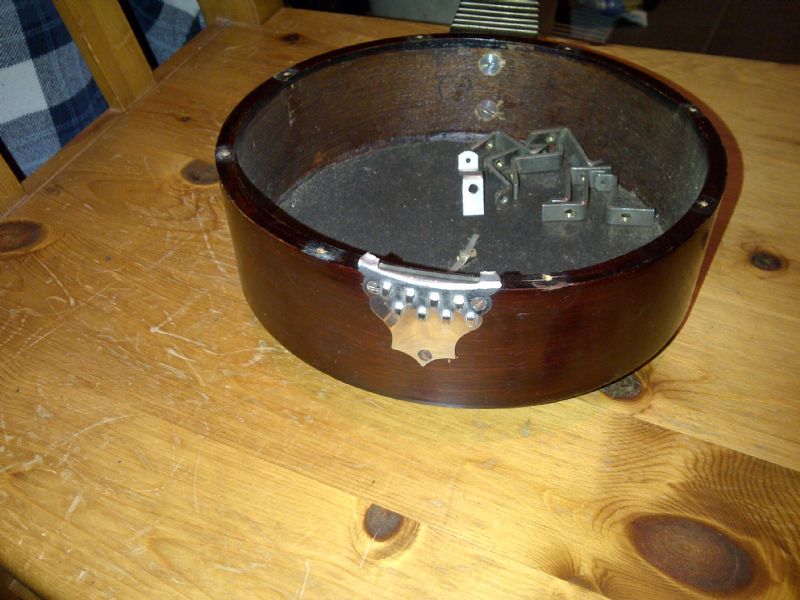 The photo also shows the neck attachment - bolted on with a couple of screws. The metal tone ring is meant to keep the wooden rim in shape so co-ordinator rods were rarely used on this type of instrument.

The head assembly comprises the vellum and flesh hoop, a tonering which that sits on, and a tension ring which is tightened with brackets to press the hoop onto the tonering and stretch the vellum. This photo shows the vellum still half-attached to the flesh hoop, and tonering. The tonering looks a bit rusty, of which more later... 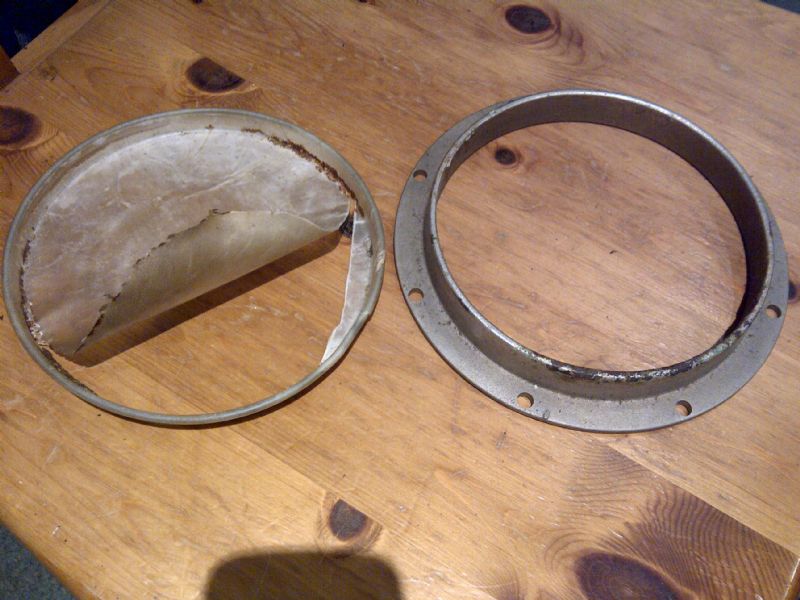 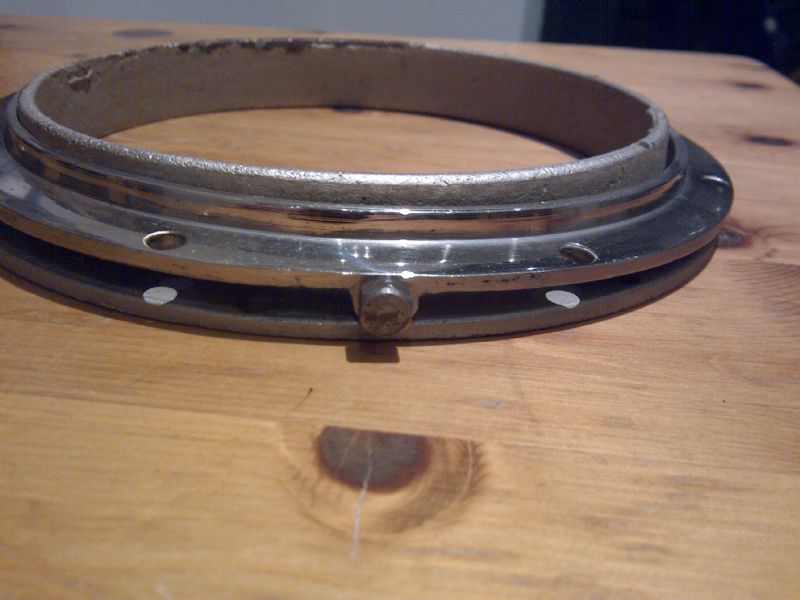 A shot of the top of the tension ring on its own, with the bolts just after 1 and 7 o'clock: 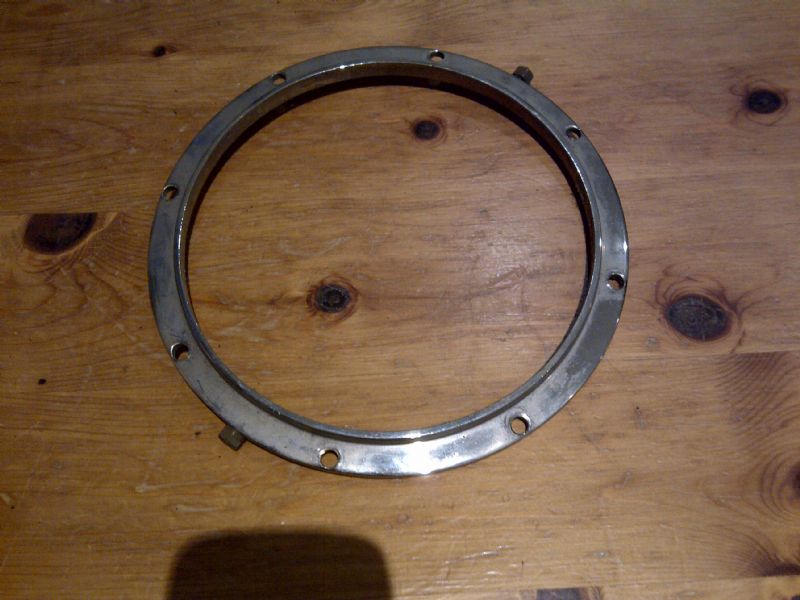 Here's the back of the tension ring, with the bolts just before 3 and 9 o'clock 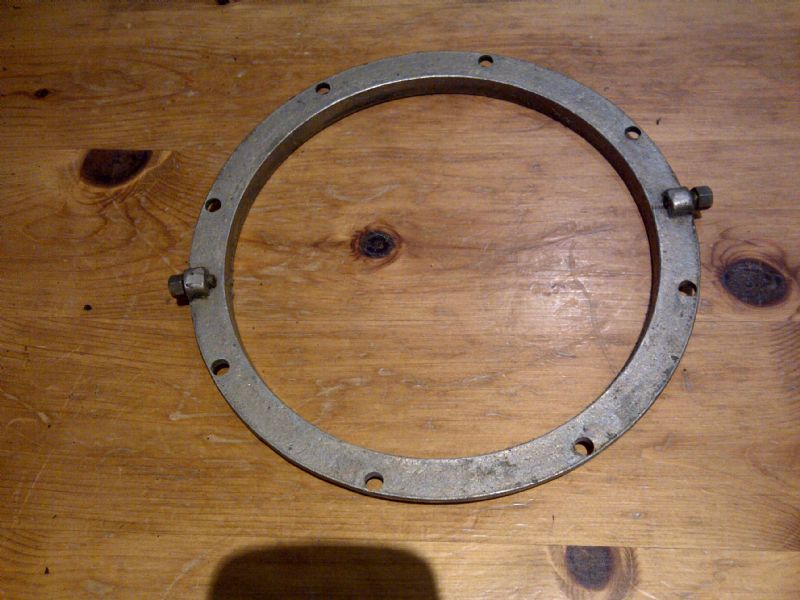 Here's another photo of the resonator, showing on the inside of the rim where the tailpiece is attached an indentation where the tension ring bolt has pressed into the wood, possibly from overtightening. I guess some reinforcement would have been useful here. 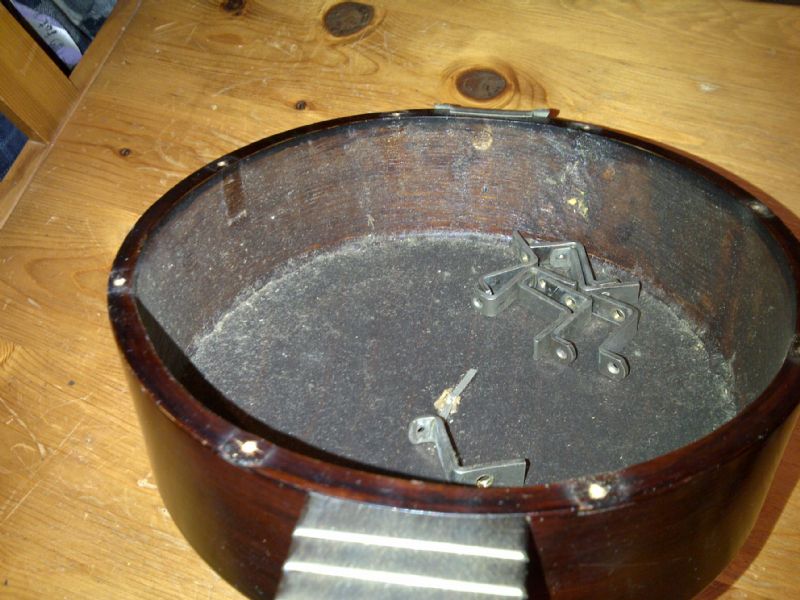 In my next blog, fitting a new vellum and tuning machines


Be the first to comment on “Zither Banjo Mandolin Restoration #1”