Please note this is an archived topic, so it is locked and unable to be replied to. You may, however, start a new topic and refer to this topic with a link: http://www.banjohangout.org/archive/51134

Being some what of a history buff and being from the south ( NC ) I sincerly hope that there is more decussions on old time banjo playing. I recently get the book Mountain Banjo and in it they decuss some clawhamer, Up picking, three, finger picking, and conbinations of them. It seems that the real point of this format is to decuss all banjo playing and I hope we can hear more of all ways and I for one would like to learn more ( by the way I'm building a new fretless neck for and old pot ) I guess with my overall I won't sound any worse thanks fred

I agrre. There are too little discussions about twofinger styles and old time threefinger. These styles seems to be forgotten styles, even if they have been in broadly use during ancient times. I have got the impression that many of the old-time players that are known for their clawhammer, also used two and threefinger, for example Wade Ward, Uncle Dave Macon, Pete Steel and som on.

I have a question to the public, there seems to be a lot of web-pages concentrating clawhammer with sound tracks and tablature. But I have not found so many sites for two- or OT threefinger. Are there any good sites?

If you haven't already- Sougar in the Gourd is one to try:
http://sugarinthegourd.com

HI! I rarely look at this section of the forum ,...because, I always assume it`s relegated to plectrum style, as opposed to fingerpicks, or clawhammer. Maybe I should look more often,...or perhaps the clawhammer section should be relabeled as "Old time" which would also include some three finger, and two finger picking as well.

Oh well,...anyways,...Fred,..if you are interested in finding out more about the varios styles (other than plectrum),...get a copy of Mike Seegers " old time banjo styles". He covers quite a bit of ground in how to perform many of the different styles that exist.

ask me about my gourd banjos
banjoman@westelcom.com

Actually, the clawhammer section does cover other old-time styles and yes, it oughta be renamed.

Actually, the clawhammer section does cover other old-time styles and yes, it oughta be renamed.

Jessy, I just want a clarificatioN is it OK to put twofinger, uppicking old-time threefinger in the clawhammer section from now. And this section should be devoted to other banjoes than the 5-string.

I second the comments on Mike Seeger's stuff. Also, Tom Sauber (Tom, Brad and Alice) is a fantastic 2-finger player. Their cd's are a must have. Will Keys was the greatest ever and you can see him, hear him and order his cd and video at his website.
http://www.willkeys.com/index.html
Pete Steele did the most loved version of Coal Creek March in 2-finger and it's available from the Library of Congress. Charlie Poole was a fine old time 3-finger picker and today we have Pete Peterson to carry on his style. Pete is REALLY good.
http://www.oldtimeherald.org/archiv...p-poole.html
Marvin Gaster is another fine 2-finger picker. He has a great cd available.
http://www.ncarts.org/artistpage.cf...24#=17524
Well, there are lots more.

Play with a plan
Chip 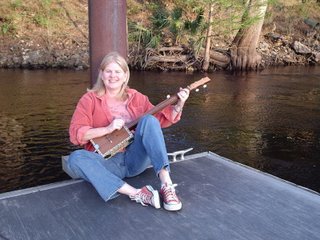 my 2 cents...another style of 5 string that is very under-represented and may probably have had a significant role in motivating many of us (including me) from the 50's and 60's generation to pick up the banjo, is the long-neck, folk style of Pete Seeger, Dave Guard, Bob Gibson, Tommy Makem, Peggy Seeger, Alex Hassilev, Billy Faier, etc. An appropriate category might be "folk/ long-neck style".

I should have mentioned that Tom Sauber is also a fine clawhammerer and only some of his recorded tunes are in 2-finger style. But listen to them and you can tell which is which. He switches seamlessly back and forth between index and thumb lead.

Play with a plan
Chip

Being new to this amazing old instrument- I am getting the impression
that there is no 'right' way to play it.
I first picked it up in the middle '60's and 'lost' my banjo before 1970
and haven't had the desire to play until recently.
I was first influenced by The KT, The Clancy Bros, & Pete Seeger and Peggy Seeger
(I have her instruction book from 'way back' then).
I first learned up picking from PS and 'frailing' from someone at a festival in W. Va.
about 1967 or so & now find that I can't seem to fit any one style of up-picking or CH or 3 finger into what I hear in my mind's eye, as the way any particular song should be played. Sticking to one style seems boring & tedious. Certain songs 'scream at me' to be played differently. I can 'hear' them tell me that they need certian emphasis, at least partly, to be played differently.
Maybe 40 years of folk/classical/contemporary guitar playing contribute to this- but I wonder if I'm 'hearing' the instrument wrong and should stick to one style of banjo.
I never did on the guitar. Flamenco rolls as well as 'Cotton Picking" and classical arpeggios always were mixed into my performing.
But I haven't gotten to the point yet where I feel that i'm comfortable enough wiith the banjo to 'go out in public', yet. I'd probably be more comfortable to be a solo than try to play with others, but just one style seems so limited.
True, If I were adept enough to play like some of the 'masters' at CH or 3 finger, I'd triuly have reason to be proud. But even those players' individual styles seem to sound alike, from one song to the next. Different techniques, but still similar.
I think that a mixture of styles is necessary to truly show how the banjo can be the versatile instrument it is. And to use the influence of more than just one style is the way to let each song speak its true meaning. No one style can truly do that.
I hope one day to be able to have the ability/agility to practice what I preach- but I can hear it mentally- hopefully I'll be able to eventually produce it.

I pretty much agree with you Bob: I enjoy the many varieties of "finger-styles" of playing more than I do the hard and fast attack of bluegrass three-finger with picks. I am first a guitarist, whose first lessons were in the classical genre. I studied flamenco a couple of years as well. John McLaughlin, a flatpicking guitarist who has performed a lot with Paco DeLucia, is on record as saying that he thinks the flamenco style is the single most versatile and comprehensive style for the right hand. Now, of course a classical player like Segovia would have disagreed--as Segovia's playing encompassed flamenco styles, and could go anywhere harmonically. But for sheer rhythmic dynamic, right-hand flamenco technique could indeed be unsurpassed. I've often made comparisons between flamenco and clawhammer: both use as much of the bare right hand as possible to achieve as many tonal varieties as possible--including the back of the finger, an element unutilized with the use of picks. And both flamenco and frailing banjo styles utilize highly refined right hand devices to enable complex rhythmic syncopation. For me, the subtle rhythmic variations are an especially alluring component of any music--why I like jazz and non-Western music forms generally.

Having said all that, I just this past week have gotten heavily into tenor banjo flatpicking! I play music in public an awful lot and find that rags, jigs and hornpipes performed on that loud little banjo are particularly enjoyable for folks to hear. Oh well, another banjo in my quiver...there are worse things I s'pose.

This will probably get moved to Sound Off, but here is something I have been working on recently:

my 2 cents...another style of 5 string that is very under-represented and may probably have had a significant role in motivating many of us (including me) from the 50's and 60's generation to pick up the banjo, is the long-neck, folk style of Pete Seeger, Dave Guard, Bob Gibson, Tommy Makem, Peggy Seeger, Alex Hassilev, Billy Faier, etc. An appropriate category might be "folk/ long-neck style".