Please note this is an archived topic, so it is locked and unable to be replied to. You may, however, start a new topic and refer to this topic with a link: http://www.banjohangout.org/archive/359065

VERY contradictory findings to my eye. I included case photos since in this case I think it may be a clue as to whether or not the banjo is authentic or a reproduction.

Well, so many things shout "not authentic" that I hardly know where to begin. BUT, the engraving on the tension hoop looks very much like the real Gibson RB 800. So I can't 100% say it's not authentic.

1. The label isn't even a good copy of a Gibson label.
2. Resonator looks ALL wrong.
3. Peghead shape looks all wrong and the Gibson so close to the upper rim of the peghead (only a very few 1920s Mastertones looked like that).

You just echoed my immediate thoughts, as well. The label was CLEARLY fake. In fact, when I looked the samples on Earnest's site, it actually looked like one of the sample photos. The resonator looked like the StewMac resonator I made on my 1970s kit. The tobacco sunburst (?) stain looked like 1950s or 60s bow tie banjos I've seen, though. Then again, I think I can see just positively horrible workmanship in the cutting down of the purfling rings. Like a guy who has no patience in getting them perfectly flat and smooth. I thought that as bad as Gibson may have been in certain periods, they would not have sent anything out the door that was that cosmetically imperfect. The lip on the resonator where the flange rests, looks strange also. The Gibson being so close to the edge of the headstock along with aftermarket tuners (5 Star?) cried out replacement neck, but then I thought, perhaps this banjo started as a 4 string and the neck itself doesn't really help with whether the rest is legit. I just felt that so many things looked wrong, that eventually, even though I couldn't explain why the 800 style plating and engraving looked correct, the banjo didn't seem authentic.

By the way, there is are no FON or serial numbers anywhere on the visible surfaces of the banjo. Nothing on the inside of the pot. No stamped, painted, or chalked numbers, or words (pat. applied for stamp) anywhere.   I haven't seen 800 style gold plating or engraving with anything but the classic yellow and red sunburst color scheme, so that is why I asked if anyone had seen the 800 hardware with any other stain color on another thread.  I thought that Gibson would only make this plated/engraved hardware available with the higher end "ritzy" bright color scheme to keep consistent with the higher price, which was therefore yet another detail that said fake, to me.  And is it my eyes, or are those tong ring holes not drilled with perfect spacing?

Kinda missed the point on that banjo. Not a Gibson production instrument on any level as far as I can see.

Even the plating and engraving seems a bit off.

But...could be a nice player and a decent banjo. Assembled parts put together by a decent craftsman?

The holes in the tone ring do not match anything that Gibson ever did [at least that I've heard of]. The diameter and spacing are way off. It looks like it might have 30 or more holes.

The banjo is an assembly of parts. I suppose that one or two parts could have come from the Gibson factory, but not enough to even call it a "Gibson parts banjo." And the appointments are so mis-matched that I would have a hard time even calling it a "Gibson style banjo."

A better description might be "resonator banjo with imitation Gibson neck and decal."

Nothing on this banjo remotely looks real. Label is completely wrong. The resonator is thick walled and painted black inside, like an 80s Japanese masterclone, and the plain white binding would never have been matched with gold plating in any real Gibson model. Holes in the tone ring are too big and there are too many of them. Script Gibson is placed high like a blonde Earl Scruggs from 1984, but those were double cut headstocks. The fiddle shape head looks out of proportion. And on and on.

If any of this banjo has seen the inside of the Gibson factory, it was because the owner carried it in on a factory tour. Complete fake.

I'd bet the resonator is Asian.

So, here was the story guys, along with the only theory I could conjure up, about this "un-Gibson." And my theory has so many "if's" in it, that it really is a long shot. See what you think.

I asked myself how in the heck, this conglomerate of parts could be a Gibson? Could it still be after all the contrary and confusing findings? Well...What if it was originally a 50s or 60s Tenor Banjo 800 model, and the owner wanted a five string but didn't like the yellow/red color and so he had a standard mahogany hearts and flowers neck made? (Orig neck with number would be gone) But then he had to change the resonator out too, to avoid a color mismatch. If you look, the resonator doesn't even look like the stain matches the neck stain. But what if, perhaps the owner was able to get a Stew Mac resonator from somewhere that "sort of" matched the new neck? Then that would in turn require painting the rim so that it would also match the other new color. Then, they would think as an afterthought perhaps that they had changed the original TB800 to such an extent, that they really needed to somehow identify it as a Gibson other than just the headstock inlay, and so they added the fake Gibson label. Yes, I bet that has happened before...people adding fake labels to real banjos. As I understand it, Gibson had a significant period of time in the later years of Bow Ties that they did not place stamped numbers inside the pot, or any decals. So at this point, you'd have a total mash-up instrument with no identifying features anywhere, and a fake label, that started life as a real 800. I know: PREPOSTEROUS LONG SHOT! Anyway, the all-knowing Oracle that is BHO has spoken, and the banjo is a fake. But I found out today that there was no interest in this banjo at the auction and the banjo did not sell that day. I've called several times subsequent to the auction but I guess I had worn out my welcome since I was making it harder for the guy to make a fortune on what he had thought was a real Gibson. Prior to the sale date, I had told him that in my opinion, he shouldn't be holding the instrument out as an authentic Gibson Mastertone. He clearly bristled at that. Today I found out that he took the instrument out and sold it privately; no doubt to a gullible buyer for a lot of money, as a Bonafide Gibson Mastertone. I suspect that outcome, because I had given him a standing offer for a "very" fair amount for a quality reproduction and yet he did not sell it to me, and would not tell me to whom he had sold it. I tried to get follow up on the sale but I am on the "do not call" list now I guess. Funny how you can go from hero to heel by telling someone simple, factual information about their instrument.

Your theory is not quite as implausible as some might think, except that model 800 wasn't introduced until 1964 [I looked it up].

Some of the pictures are so grainy that we can't really tell anything except the neck and resonator were not made by Gibson, the Mastertone label is false, and somebody did a shade tree drill job on the tone ring. Nobody can judge the rim from those pictures. The tension hoop and some of the other metal parts might be Gibson parts, but who can tell for sure?

At any rate, you have told the seller that his banjo is not authentic, and you are now persona non grata. It's time to walk away.

The market is loaded with banjos for sale that have Gibson labels and logos, a mixture of parts, and grainy pictures. Some are in the classifieds. Some of the sellers know what they have, some do not. Some of the ads are accurate, some are not, and some are willfully deceptive. I'm tired of it. I'm about ready to quit giving opinions on "Gibson" banjos.

I hope that no one will get too offended if I say that I wouldn't use the Hangout as an "oracle." Gibson made banjos for the better part of 90 years, and I don't know how anyone can keep track of all the changes in the rims, resonators, metal parts, and inlays over the years. Some of us know a little about the prewar stuff, some know the 50's and 60's models, and some know the more recent instruments. Collectively, we know a little. None of us know them all. And we are fallible.

The purfling rings on res back are of much different spacing than my 800 .
Also as mentioned , the overall stain color is not of any 800 I've ever seen .

I'd have to play it before I could offer an opinion about its authenticity. If it sounds better than the authentic Gibson banjos that were made in the second half of the 20th century, I'd know it was a fake.

Way too CIRCULAR a body to be one of MINE!

Other than that, I defer to the experts who have already posted, and those who will follow.

there are many things that are surely not gibson, the fake label, the neck, the resonator. you may have an an authentic gibson armrest, nuts and hooks, tailpeice, but the heart of the banjo isnt a gibson.

Way too CIRCULAR a body to be one of MINE!

Other than that, I defer to the experts who have already posted, and those who will follow.

Mike, the banjo in question likely has about the same Gibson content as one of your Squared Eels. Or an actual eel.

Now let's all grab our Gibson Wannabees and SING! 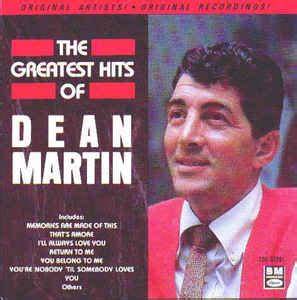 When you swim in the sea,

And an eel bites your knee,

It's been rumored that Mike studied with Jay Ward . . .

Some of the younger folks might want to look it up.

I studied with Jay Ward, AND with Homer & Jethro, Alan Sherman, Weird Al Yankovich.
I've developed a knack for parody verses, and may someday make a CD.

My mother always sang that tune, "When you feel you've been hit with a bucket of s**t, that's amore."

She also had some equally crude lyrics for other tunes.

I always liked that silly Jay Ward/Bill Scott nonsense. Bill Scott lived in Tujunga California about the same time I did, and I once tuned his piano, a decrepit old upright plastered with "Rocky and Bullwinkle" decals. Unfortunately, I never met the man; I was let in and paid by the housekeeper. 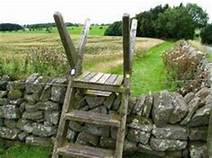 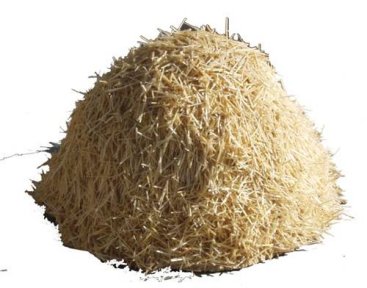 When cow food's in a pile,

By the side of the stile,

I would have enjoyed singing along with your mother!