Please note this is an archived topic, so it is locked and unable to be replied to. You may, however, start a new topic and refer to this topic with a link: http://www.banjohangout.org/archive/348208

how do I tune my banjo in order to play a duet with a ukulele?
or
do i use a capo as well.
thoughts?
this could make the winter go much better:) 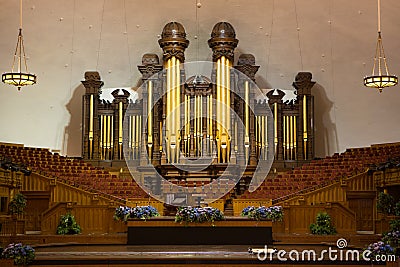 No need to retune.

If you're watching the uke player's fingers, to guess which chord to play, THEN retune your banjo, with a capo if need be.

As I understand it, normal uke is GCEA.

Not sure what a tenor uke would be.

Mike above basically explained it, so here's an example of logistics:

Decide on the key(s) for the duet. A uke player, violin player, and I are trying for a Blackest Crow trio. The chord progression of this song is "I IV I ii I". If this is in the key of G, that means we're playing the chords G, C, and Am. BUT we decided we are going to play the song in the key of A, so now the chords are A, D, and Bm.

I'm going to capo at the second fret (so I use the same chords shapes as I would for G, C, and Am) and trust the uke to choose whatever works for her. She might capo to avoid that notorious B minor chord shape, but that's her decision.

Hopefully that makes the conundrum less complicated and not more, haha- like Mike said, if you play G, so should your ukulele partner.


As I understand it, normal uke is GCEA.

Not sure what a tenor uke would be.

And Mike, confusingly enough "tenor" ukulele just refers to the physical size of the instrument. "Tenor" is bigger than a "concert" which is bigger than a "soprano" which is the traditional size. All tuned GCEA. A "baritone" uke IS tuned differently but that's here nor there...

As to tuning a uke, for a century or more, the memonic has been

But only D and F are musical notes, and neither of them are notes of the strings affected.

So, I have suggested changing it to

The idea has not YET gained traction, but, one may always HOPE.

But incidentally, is ukulele tuning ADF#B still in use? I may be one of a very select few left.

It kind of depends on what you are doing. If you are playing a tune on the banjo and wanging out chords on the uke, chords are easy to play on the uke so just pick your favorite banjo key and off you go. If you need a ukulele chord book there are free resources online for that too.

capo 5 to play the same chord shapes as a uke

i'll try that capo on 5th. we are trying to play a Bach cello suite together with each of us viewing the tabs for uke and one for banjo. thanks
everyone.

Still curious: do you ever tune your uke to ADF#B? Or is GCEA the standard today?

Please remind me what baritone uke tuning is. Can't remember.

Well, not quite. If you want to play the same tab in lockstep with the ukulele, you will also need to tune your first string up a whole step to get to A in addition to capoing at the 5th fret. I hope you're planning to upload whatever ends up happening, sounds interesting!

Veerstryngh, Baritone ukes are tuned to the first four strings of a guitar, DGBE. And lastly, ADF#B IS still the traditional uke tuning. Just tuned up a whole step/capo at 2.

Thank you for the baritone tuning reminder, Elisa.

Isn't DGBE also 'Chicago' for plectrum? And as to ADF#B: GCEA seems to occur far more often, in scores. Hence, perhaps, my impression that the former has nearly gone from player consciousness?

Yes DGBE is also known as Chicago tuning. I have my Plectrum banjo and tenor guitar tuned that way. As far as ADF#B and GCEA tuning, they really are the same thing. ADF#B would be like GCEA capoed at the 2nd fret. From what I've been told it's a regional thing. gCEA being more popular in the states and aDF#B fore popular in Canada. Don't know if that still holds true. In the UK? I don't know.

I don't know either.

I'm from a musical family and inherited music sheet bundles from my grandfather's collection. Popular stuff from in-between 1930s and 1950s, mostly, and usually set for voice, piano and uke. George Formby ditties included. The latter all in ADF#B.

My first banjo was a mandobanjo-turned-uke. My father figured out its tuning, originally, and ultimately opted for ADF#B: in all probability based on his father's music sheet collection. But GCEA features regularly as well, in there, so I'm not sure what "the going rate" is here.

In the meanwhile, I'm intrigued by your observation that gCEA is more of a norm in the US, and aDF#B in Canada. Fourth string tuned higher than third I have always found a bit impractical, so I'd prefer a over A myself. But whatever the gauge used, over here in Europe, lowering A an octave always ends up with the string being much too slack for being of any use. So how do you overcome this in the US and Canada?

Southamerican uke players seem to go for a different solution. On YouTube a TED Talk of a young uke ace from this region, and just her "4th string" a pair of wound strings set closely together, as on mandolin. This "chorus", tuned an octave lower than per usual over here, gives her instrument a much fuller and richer sound.

Received your pm in good order. Your comment on ADF#B gave me a good chuckle, early this morning. But it's to the point as well.

Thanks very much for that.

Not sure this is sinking in? Checking. Here's an image of the ukulele fretboard. You'll see the "alternate tuning" is available at the second fret. Every string still has the standard interval distance to the next, and the same chord shapes can be used to play, albeit two keys clockwise on the circle of fifths. Say you're playing a uke tab in the key of G. The same tune will now be in the key of A with the capo at the second fret. The intervals between the notes remain the same, so it will even sound like the same tune, just higher.

From a quick internet perusal, it seems the higher tuning was to A.) Make the uke occupy a distinct tonal range higher than other instruments in the vaudeville circuits of the 1920s era and B.) Better accommodate sound recording. The technology was much newer at the time and higher pitches were easier to record.

As for George Formby, dude had a high voice for a dude. I find him comfortable to sing along with despite being a soprano myself. His use of the higher tuning might have had a lot to with complementing his vocal range just as I like capoing my banjo higher when singing. Clifton Hicks is an example clawhammer artist who usually has his banjo a full step lower to accommodate his deeper singing voice. Often still "gDGBD", just relative.

*thinking cap* maybe Canada likes the higher tuning because they're up "higher" than the US...

And yes, the re-entrant tuning of the ukulele with only four strings means it has an extremely narrow range of notes compared with most stringed instruments. It's just an aspect of the sound the instrument ultimately produces. Many love it; others may opt for a lower fourth string (you'll have to source a larger gauge, darn physics) or just get a guitar.

Elisa is correct the intervals between strings would be the same. I've never been to Canada so the different tunings isn't my observation. I've heard it repeated several times so assumed it to be true. I have some older ukulele songbooks by May Singhi Breen that are written in aDF#B tuning but I think she was from New York. It has written notation and Chord grids. I just follow the chord grids and play the songs. They sound fine just a whole step lower.

Depending on the size of your uke, you could probably find some strings with the low "A". I have tenor ukes and I know Aquila makes strings for low "G" GCEA tuning. I prefer the high "G" because I think that give the Uke it's charming sound but everybody has different opinions. Neither is wrong.

Uke string sets (at least the Aquila ones I use) are available as either "high G" (the norm ) or "low G". They also do a "traditional" set in ADF#B - Though I don't know if this is also available with a low A. You can't just tune the 4th on a standard set down an octave. And I've never tried tuning a standard set up a tone.
I play my uke with banjos and my banjo with ukes all the time. As everyone says it's just a matter of knowing the chords for the key you are both playing in. I may capo the banjo to play in A or D but don't even own a uke capo. Ukes are easy to play in just about any key. My last uke performance (Monday night) was accompanying the sopranos and altos of the Waltham Forest Community Choir singing "Meli Kaliki Maka" - Which starts in D and then modulates to Eb. Not too hard.